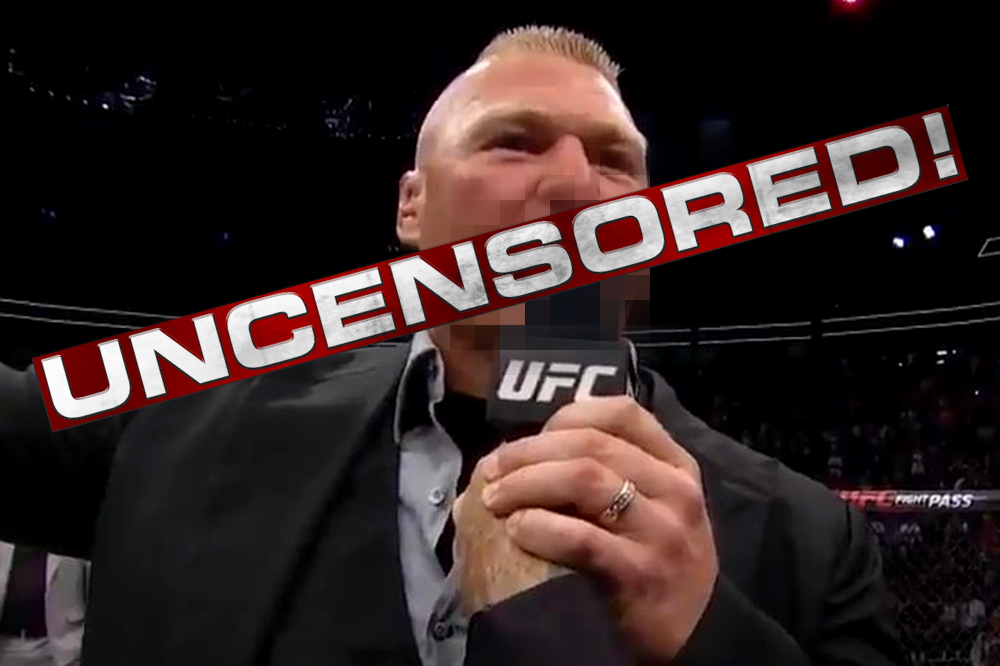 Well, WWE Universal Champion Brock Lesnar knows how to make headlines, doesn’t he? After Daniel Cormier knocked out Stipe Miocic for the UFC Heavyweight Championship, Cormier called out Brock. This led to Brock Lesnar shoving Daniel Cormier … but what followed was even wilder, a profane rant by Lesnar directed straight at Cormier and the championship!

And here it is, in all it’s uncensored glory!

We’re HustleTweeting about Brock Lesnar Uncensored, and you’re more than welcome to join the conversation on the Hustle Twitter HERE and also on our hyper-interactive Facebook page HERE!