BROCK SHOCK AT HELL IN A CELL! 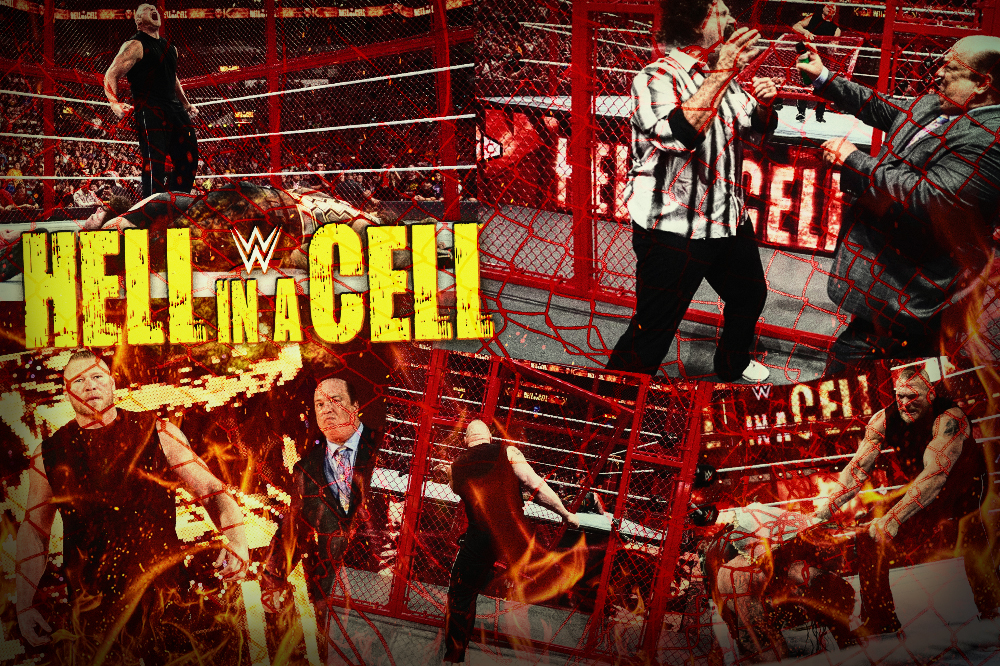 How could it be? Brock Lesnar (and his Advocate, our boss Paul Heyman) shocked the world, and returned to WWE during the main event of the Hell in a Cell pay per view, laying out both Universal Champion Roman Reigns and Braun Strowman. According to WWE.com:

According to Braun Strowman, all Mick Foley had to do as the Special Guest Referee was count the pinfall on Universal Champion Roman Reigns. As it turned out, the conclusion to the main event of WWE Hell in a Cell wasn’t so simple, as the arrival of several Superstars and the sudden reappearance of Brock Lesnar brought the bout to an unprecedented ending: A no contest.

Even for the notoriously anything-goes Cell, which just that night had played host to borderline torture from Randy Orton, the Reigns-Strowman bout was shaping up to be particularly lawless. Strowman was so sure he’d win the match, which doubled as his Money in the Bank cash-in, that he snatched the Universal Title out of Reigns’ hands just before the bell. The Monster Among Men certainly backed up his bravado, though, beating The Big Dog about the crimson structure with gleeful abandon and kicking out of every Spear and Superman Punch thrown his way — and there were a few. As he said to Reigns himself, “your boys can’t help you.”

Again, it wasn’t that simple. When Dolph Ziggler & Drew McIntyre — Strowman’s “Dogs of War” — attempted to force their way into the Cell, Dean Ambrose & Seth Rollins ran interference and initiated a mad scramble around and, eventually, atop the Hell in a Cell. All four Superstars threw fists and swung kendo sticks with reckless abandon on the roof of the harrowing structure; the brawl ended with McIntyre and Ambrose laid out on the cage, while Rollins and Ziggler tumbled off the side through the commentary tables. Then, Brock Lesnar’s music hit, and what had been a figurative hell up to that point turned literal very fast.

The Beast Incarnate, who lost the Universal Title to Reigns at SummerSlam (and had been denied the rematch he wanted at WWE Hell in a Cell), kicked open the door and attacked both champion and challenger, reducing a chunk of a table to splinters across their backs before laying both out with F-5s — Reigns landing on top of Strowman. Paul Heyman, meanwhile, incapacitated Foley with what looked like pepper spray to the face, leaving the replacement ref no choice but to call off the match. So Strowman’s cash-in fails. Reigns’ big defense ends in ruins. And Brock Lesnar stands atop the wreckage. Welcome to hell, indeed.

Of course, we’re HustleTweeting about Hell in a Cell, and you’re welcome to join the conversation on the Hustle Twitter HERE and also on our hyper-interactive Facebook page HERE!