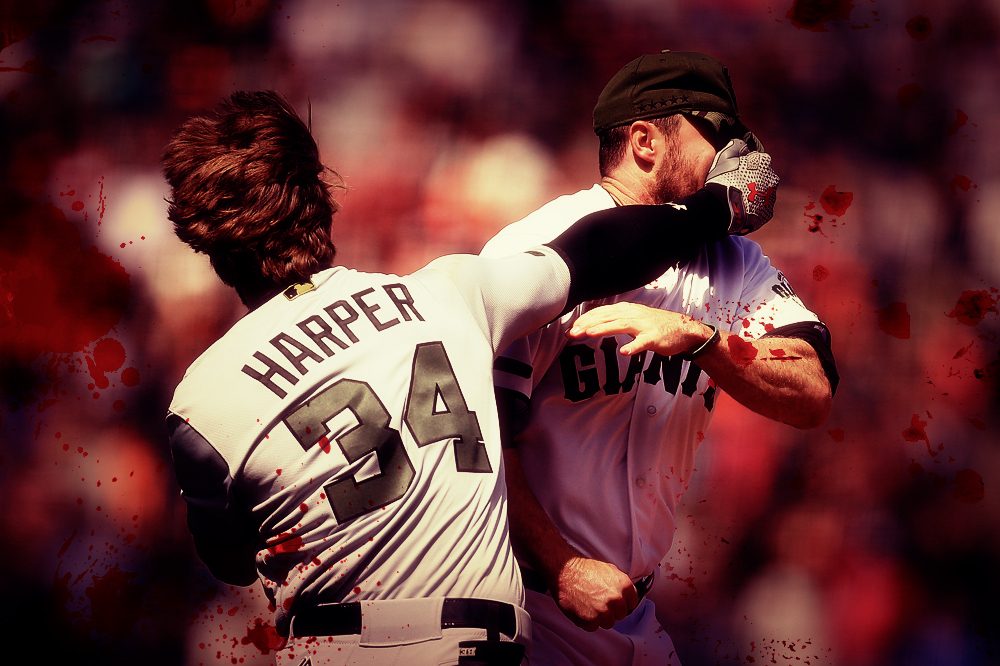 The long-standing grudge between Bryce Harper and Giants reliever Hunter Strickland came to a head over Memorial Day Weekend as in the eighth inning of a ball game between the Giants and the Nationals, Strickland drilled Harper in the side with a 97.8 mph fastball, with Harper promptly charging the mound.

Harper began by tossing down his helmet, with the two both throwing several punches, both connecting with the other’s face … resulting in a double bench clearing brawl … and both players getting ejected by the umpiring crew.

Get this … it isn’t the first time there have been problems between Harper and Strickland!

Harper hit a pair of long home runs off Strickland in the 2014 NLDS, admiring both shots and taking his time around the bases.

After the game, Strickland dismissed the idea that he intentionally threw at Harper when talking to reporters, even with their past history.

“I can see how that kinda stands in people’s minds, but that’s the past,” he said. “I’ve left the ball over the plate a couple of times to him, he’s taken advantage of that. Obviously I’d rather miss in than over the plate.”

Strickland also said he didn’t anticipate that Harper was going to charge the mound following the pitch.

“I didn’t expect that, but it’s part of the game and that’s what he decided to do,” Strickland offered. “It’s go time. You’ve gotta protect yourself and stand your own ground.”

We’re HustleTweeting about Harper vs Strickland, and you’re more than welcome to join the conversation on the Hustle Twitter HERE and also on our hyper-interactive Facebook page HERE!