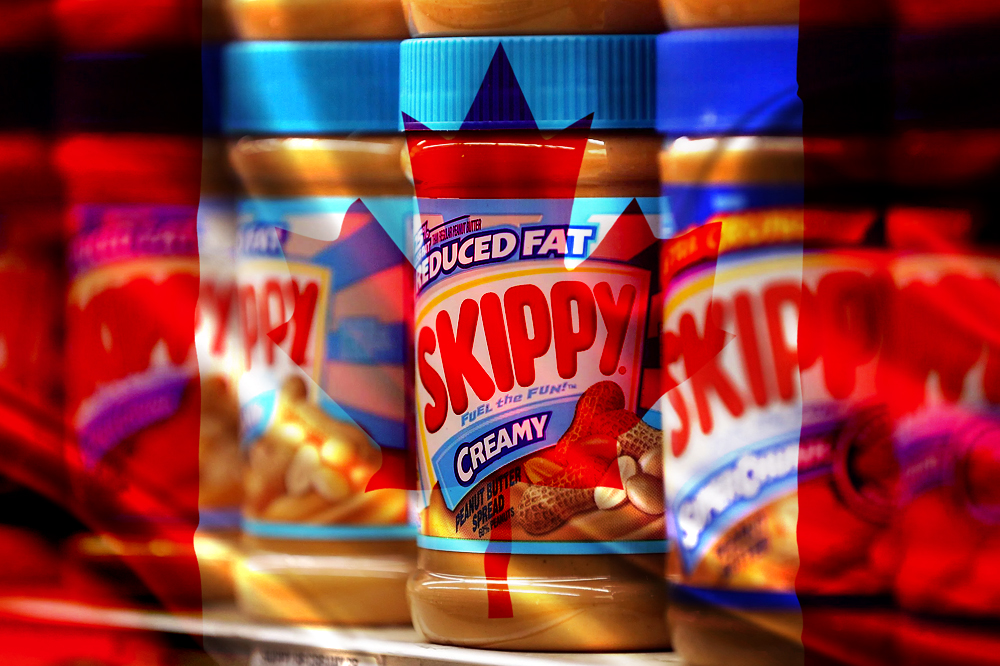 Skippy Peanut Butter has been discontinued in Canada. A spokesperson for the peanut butter brand’s manufacturer, U.S.-based Hormel Foods, claims the decision was a difficult one, but due to competition and pricing that hurt the brand’s profitability in the market of Canada, an executive decision was made, on behalf of the shareholders and value in the stock, to pull the peanut brand, both smooth and crunchy varieties, from Canadian grocery store shelves.

“It was an incredibly difficult decision to withdraw Skippy peanut butter from the Canadian market,” spokesperson Brian Olson told CBC News. On Twitter, meanwhile, the brand has been frantically responding to distraught fans as kindly as they can: “We’re sad to say SKIPPY® was discontinued in Canada b/c there weren’t enough devoted lovers like you out there,” they wrote to several disgruntled customers. “Thanks for being a fan!”

Hormel made this decision months ago, but now grocery stores are getting to the end of their supply and Canadians are reportedly getting desperate to find and stockpile remaining jars. While customers can still buy the product on Amazon‘s Canadian website, the prices are sky rocketing upward by the hour.

The desperation has just begun. The availability for Skippy Peanut Butter in Canada is running low. And what happens next is anyone’s guess. Of course, we’re HustleTweeting about Canada’s Peanut Butter Apocalypse, and you’re more than welcome to join the conversation by following the Hustle Twitter HERE and also liking our hyper-interactive Facebook page HERE!