Cardi B and Bruno Mars "Finesse" the Music Charts 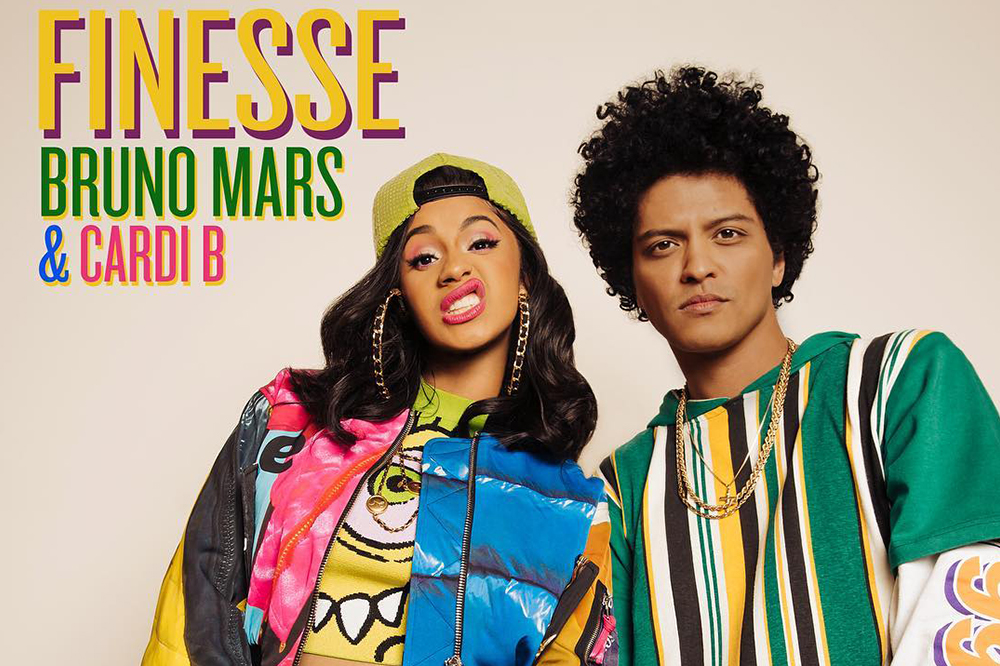 Cardi B‘s rise to the very top of the music industry continues, as she’s teamed up with Bruno Mars for a remix of “Finesse,” a song hailing Mars’ 2016 album, 24K Magic. While the artists originally teased the unveiling of the song at midnight on Wednesday, they surprised their massive combined global fan base by also releasing its video.

The original Nineties R&B-tipped, upbeat song, produced and co-written by the Stereotypes, celebrates the joy of being with the object of one’s affection and how that can have a positive reaction for the couple and others. Cardi B plays up the confidence exuded on the track, leading it off. “Cardi B straight stuntin’/ Can’t tell me nothin’,” she raps. “Bossed up and I changed the game.” Later, Mars reprises the original with his verses. “When I’m walking with you/ I watch the whole room change,” Mars sings. “Baby, that’s what you do.”

Mars tweeted that the video was dedicated to one of his favorite TV shows, “In Living Color” and then thanked Keenen Ivory Wayans. Like the iconic 90’s show it gives props to, the video features choreographed dancing, although it doesn’t feature Jennifer Lopez, who launched her career as part of the show’s Fly Girls dance troupe (choreographed by actress Rosie Perez) who were featured on the show.

This week, Cardi B made music history as the first rapper to have her first three Billboard Hot 100 entries in the chart’s Top 10 simultaneously. It’s a feat only the Beatles and Ashanti have achieved previously.

We’re HustleTweeting about Cardi B and Bruno Mars, and you’re more than welcome to join the conversation by following the Hustle on Twitter HERE or by hitting LIKE on our hyper-interactive Facebook page HERE!