Chaos at the Oscars 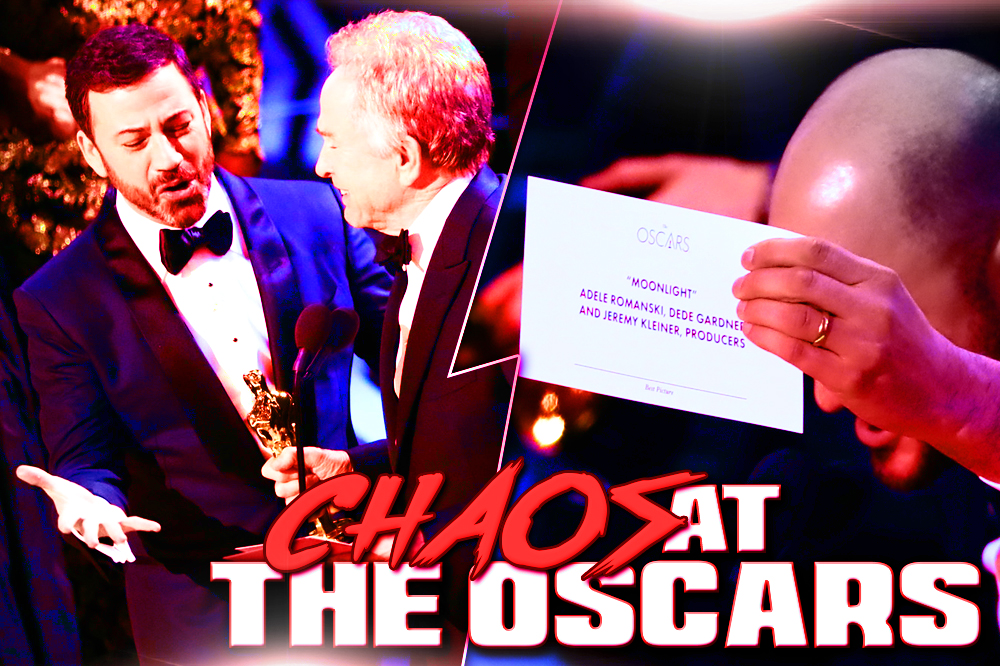 It was sheer chaos in what will go down as the greatest flub in Academy Awards history, the 89th Annual presentation of the Oscars was marred by an announcement of LA LA Land as best picture. Only there was one small problem. The best picture was actually Moonlight.

Warren Beatty and Faye Dunaway reunited from their classic Bonnie and Clyde, and all hell broke loose after the announcement. The producers of LA LA Land came on stage and started their acceptance speeches when a big commotion was taking place behind everyone. That’s when LA LA Land producer Jordan Horowitz informed viewers that the category’s winner was actually Moonlight, and showed the card announcing the winner to the camera. Beatty then informed the stunned audience of the mixup, as he and Dunaway had mistakenly read off the card for best actress, which was presented to LA LA Land’s Emma Stone just minutes before.

“I hope that it’s inspiring to people, little black boys and brown girls and other folks watching at home who feel marginalized,” said producer Adele Romanski onstage, alongside fellow producers Dede Gardner and Jeremy Kleiner. “Take some inspiration from seeing this beautiful group of artists helmed by this amazing talent [Jenkins].”

“There was a time when I thought this movie was impossible because I couldn’t bring it fruition, I couldn’t bring myself tell another story. Everybody behind me on the stage said, ‘No, that’s not acceptable,'” added Jenkins, thanking the cast.

More to come, we’re sure.

We’re HustleTweeting about the 89th Annual Academy Awards, and you’re more than welcome to join the conversation on the Hustle Twitter HERE and also on our hyper-interactive Facebook page HERE!