Chaos at UFC 229 After Khabib Taps Out Conor McGregor 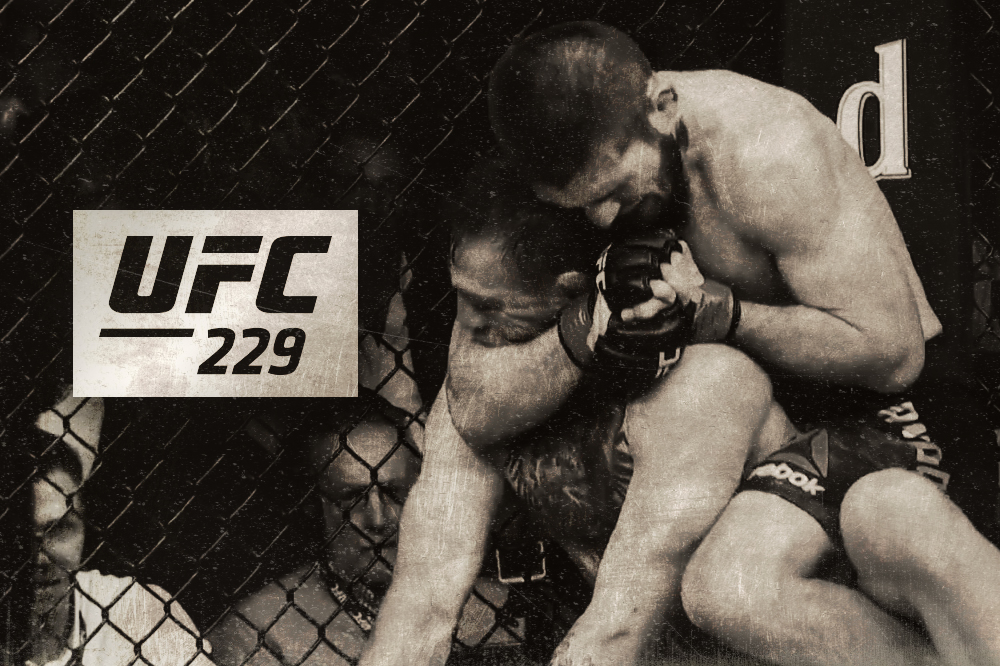 Khabib Nurmagomedov may have cemented his place in history as the greatest UFC Lightweight Champion in history. He may also have ended his own MMA career. In the main event of UFC 229, Khabib mauled UFC‘s biggest star Conor McGregor and then forced McGregor to tap out in the fourth round. It was a brutal demonstration of Khabib’s greatness and superiority over the global phenomenon.

And then, everything went wrong.

Khabib got into a shouting match with McGregor’s cornermen, most notably McGregor’s jiu-jitsu coach, Bellator fighter Dillon Danis. Khabib scaled and jumped the Octagon. Into the audience. And started to brawl with Danis.

Meanwhile, inside the cage, Khabib’s corner and training partners went after McGregor.

Dillon Danis escorted out by police after a wild post-fight brawl. #UFC229 pic.twitter.com/1tNamWaJ6q

McGregor was escorted back to the locker room.

Reminder of what McGregor said about Khabib’s manager pic.twitter.com/23uCUpxwA4

“If I put this belt on you, everybody’s going to start throwing shit into the Octagon,” White told Khabib. In other words, the evening was over. No title belt ceremony. No post-fight interview. And Khabib would be escorted from the Octagon back to his locker room.

The real Khabib fight with the best camera man (me) in the arena !!! pic.twitter.com/RgdLchn5cC

The ramifications of this event are presently unknown. Dana White informed the media in the post-fight press conference that Khabib’s guaranteed money has been held up by the Nevada State Athletic Commission. McGregor refused to press charges on the three members of Khabib’s team that were arrested for their actions.

And yet, in some ways, this has only just begun.

More from the brawl: One of Khabib's teammates pointing and yelling at Dillon Danis after everything briefly settled down. #UFC229 pic.twitter.com/jFD6IxIG55

We’re HustleTweeting about UFC 229, and you’re more than welcome to join the conversation by following the Hustle on Twitter HERE or by hitting LIKE on our hyper-interactive Facebook page HERE!