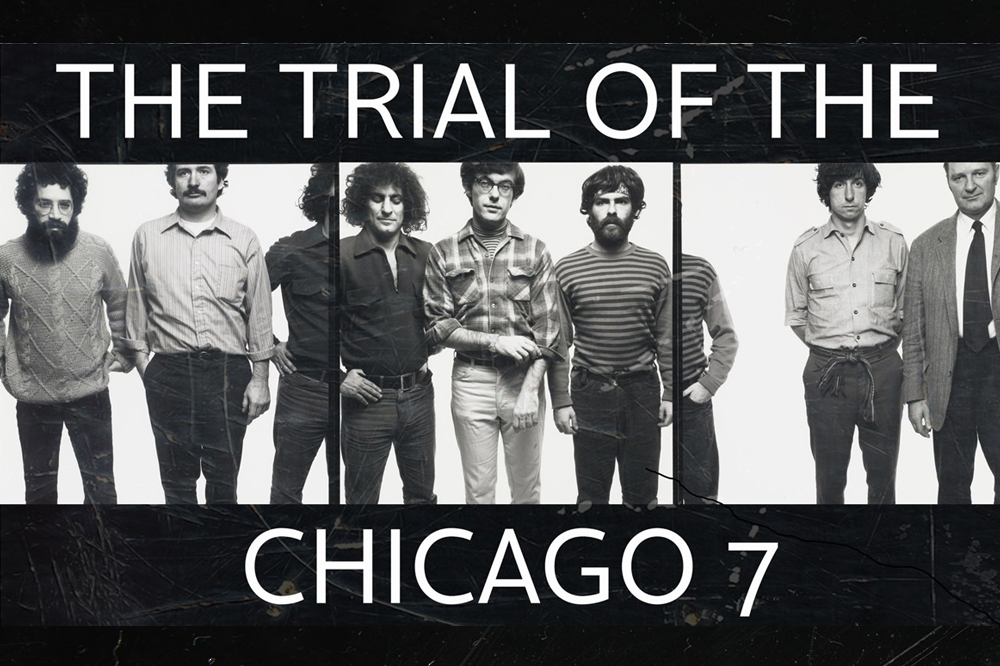 The first trailer for Aaron Sorkin‘s new film “The Trial of the Chicago 7” is out, and the anticipation is growing for the debut of the film, which will be released on October 16th on Netflix.

The film tackles the true story of the riots near the 1968 Chicago Democratic Convention. Several counterculture activists spearheaded a massive protest in Grant Park against the Vietnam War. What started as a peaceful demonstration soon turned into a televised bloodbath with first the cops and then the National Guard getting involved.

A wild and infamous six-month trial followed in 1969 in which the organizers were accused by President Nixon’s Department of Justice of criminal conspiracy and crossing state lines to incite a riot. The unjustness of that spectacle helped radicalize millions of disaffected American kids.

We’re HustleTweeting about The Trial of the Chicago 7, and you’re more than welcome to join the conversation on the Hustle Twitter HERE … on our ridiculously sensational Instagram HERE … or on our Facebook page HERE!