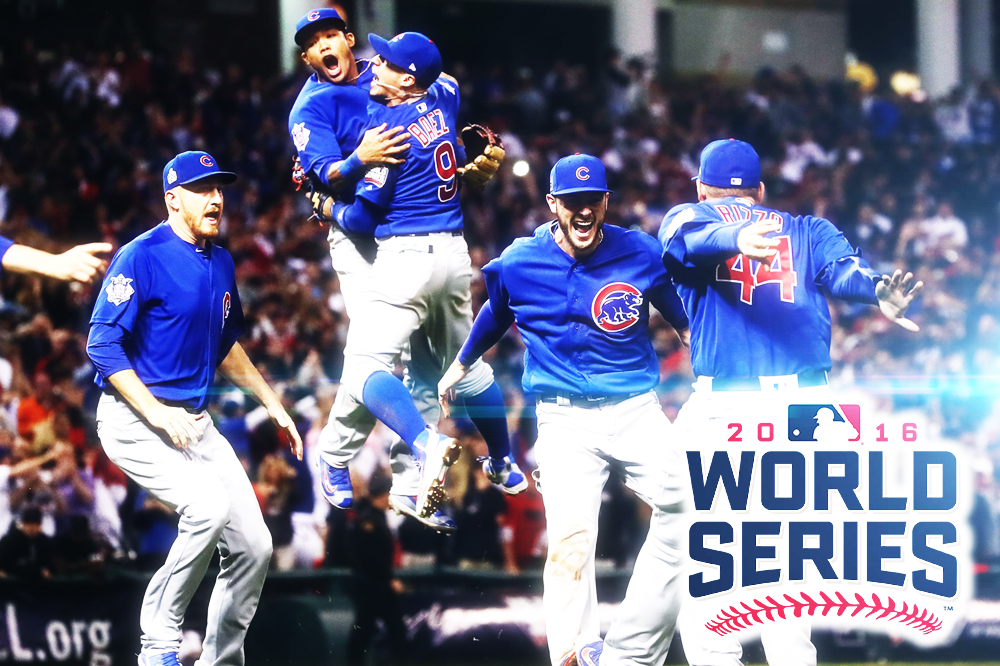 Well, it only took 108 years, but the Chicago Cubs are once again the world champions of Major League Baseball! The impossible dream needed ten innings to happen, and in one of the most memorable, dramatic games in the storied history of Game Seven showdowns, the Cubs pulled it off.

After 103 victories this season … and 39,466 days since their last World Series clincher in 1908 … the Cubs are once again the kings of baseball, putting the “Curse of the Billy Goat” to bed once and for all with one of the most memorable games in baseball history.

The Cubs became the first team since the 1985 Royals to overcome a 3-1 deficit in the World Series to win it all, and the first since the 1979 Pirates to do it by winning the final two games on the road.

The game was tied after nine innings, at which point rain began falling harder on the field, causing a delay of 17 minutes as the tarp was whisked on and off the field.

The delay may have settled the Cubs, who came out and scored twice in the 10th, and then out away the hometown Cleveland Indians in the bottom of the tenth, finally ending The Curse of the Billy Goat.

The Curse of the Billy Goat was supposedly placed on the team in 1945 by Billy Goat Tavern owner William Sianis. The odor of his pet goat Murphy was bothering other fans, and Sianis was asked to leave Wrigley Field, the Cubs’ home ballpark, during game 4 of the 1945 World Series. Outraged, Sianis allegedly declared, “Them Cubs, they ain’t gonna win no more!”

The Cubs lost the 1945 World Series to the Detroit Tigers.

We’re HustleTweeting about the Chicago Cubs, and you’re more than welcome to join the conversation by following the Hustle on Twitter HERE or by hitting LIKE on our hyper-interactive Facebook page HERE!