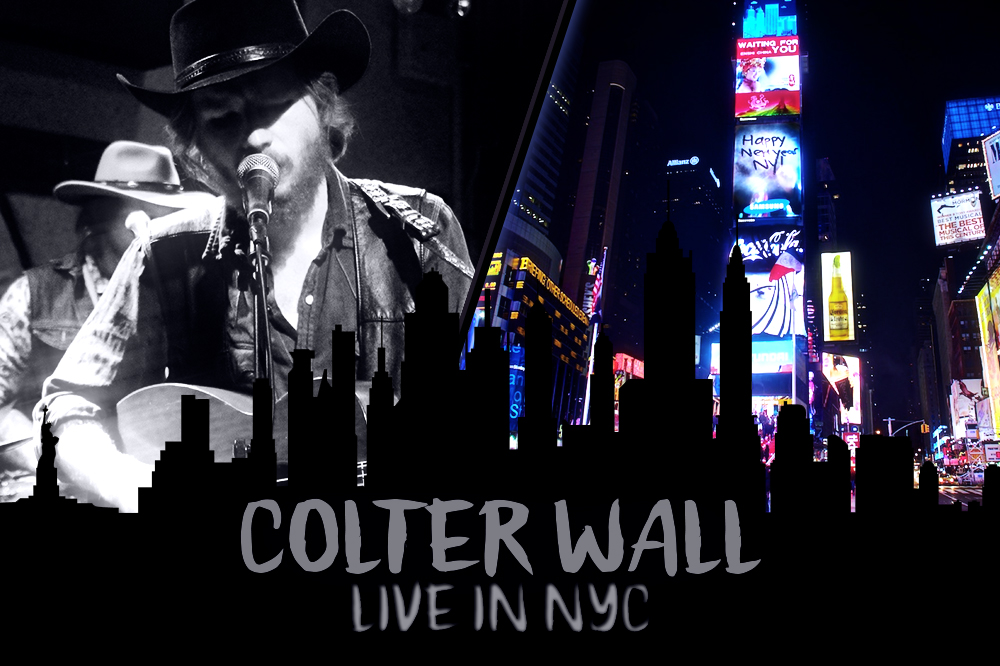 Colter Wall made his New York City debut last night, mesmerizing the packed house at the Rockwood Music Hall. The native of Saskatchewan has been hitting the road promoting his brand new record, which was just released last Friday and can be purchased HERE!

“I wouldn’t say country music is dead because I know there are so many friends of mine, and people I’ve never met, making country music and doing it right,” Colter said during a fascinating interview with Rolling Stone posted over the weekend.. “You just have to dig to find them. I don’t know how much a lot of the people that are a part of the Music Row thing and the industry of it all are helping those people to be recognized, and it’s frustrating. And that’s where that line comes from. The Thunderbird on Music Row thing is a libation reference about what once was and is no longer.”

“I think the buzz around Colter is so strong, he’s drawing not only country music fans old and young, but people who have heard about this powerful young voice that harkens to the sound of Johnny Cash, Bob Dylan, legends and folk heroes alike,” noted Bob Mulrenin, the veteran photographer who has seen ’em come and go for decades in New York City. “He has the true star poise of a seasoned veteran, the haunting voice of an old school legend and the raw energy of a revolutionary newcomer. He’s the best thing to happen to country music in years!”

CHECK OUT “THE DEVIL WEARS A SUIT AND TIE!”

We’re HustleTweeting about Colter Wall’s New York City Debut, and you’re more than welcome to join the conversation on the Hustle Twitter HERE and also on our hyper-interactive Facebook page HERE!