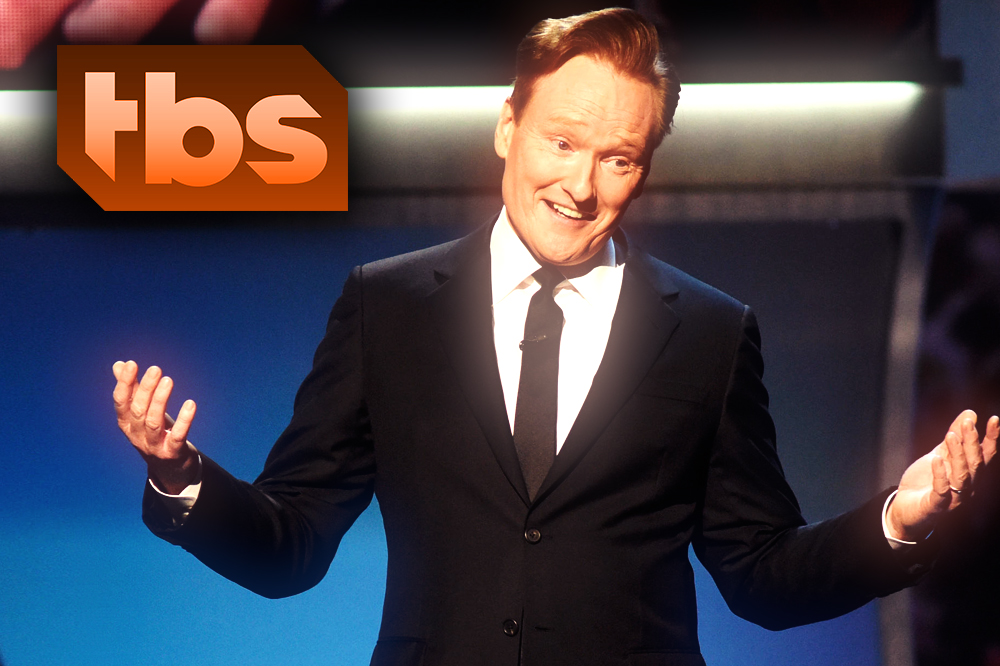 Turner Broadcasting‘s upfront presentation at the World’s Most Famous Arena, Madison Square Garden was a star-driven pitch for advertisers to start or keep spending their money with the Time Warner-owned cable company. Featuring crossover celebs like CNN’s Anderson Cooper, TBS’ upfront was a celebration for new superstar Samantha Bee and TBS‘ very own late night icon Conan O’Brien. In fact, TBS has confirmed O’Brien agreed to a new four-year deal with TBS that includes an expansion into mobile gaming, new live tours and pay-tv events.

Reilly also acknowledged the networks have to have a major break-out hit in the next 12 months.

Time Warner is being acquired by AT&T as the cable industry and telecoms continue to merge and consolidate in the new tv landscape.

We’re HustleTweeting about Conan O’Brien, and you’re more than welcome to join the conversation on the Hustle Twitter HERE and also on our hyper-interactive Facebook page HERE!