Continuing Coverage of WWE Smackdown on FOX: Roman Reigns Crowns His Own Challenger for the Royal Rumble ... and it's Adam Pearce! 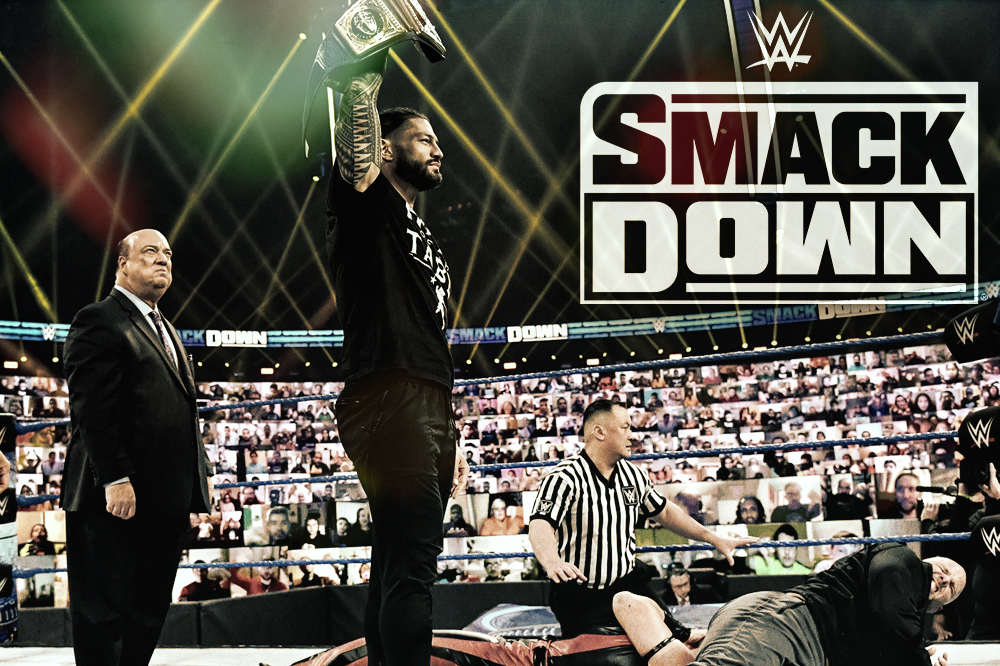 WWE #UniversalHeavyweightChampion Roman Reigns (along with our boss, his #SpecialCounsel Paul Heyman and also Reigns’ cousin Jey Uso) has once again crafted the narrative of his own history.

After defeating Bryan, an exhausted Nakamura turned his attention to the emerging Universal Champion Roman Reigns, Jey Uso and Paul Heyman. Their entrance preceded WWE Official Adam Pearce, whom Heyman had earlier pulled some strings to get into the high-stakes matchup, whether he wanted to compete or not.

However, before Pearce reached the ring, Uso and The Head of the Table suddenly entered the squared circle and attacked the war-torn Artist. Moments later, Reigns threw Pearce into the ring and set up the unhinged Jey to hit him with a superkick. Then, after Reigns called for the opening bell, Uso draped the WWE official’s unconscious body over The King of Strong Style for the three-count. As a result, Adam Pearce will battle Roman Reigns at Royal Rumble for the Universal Championship!