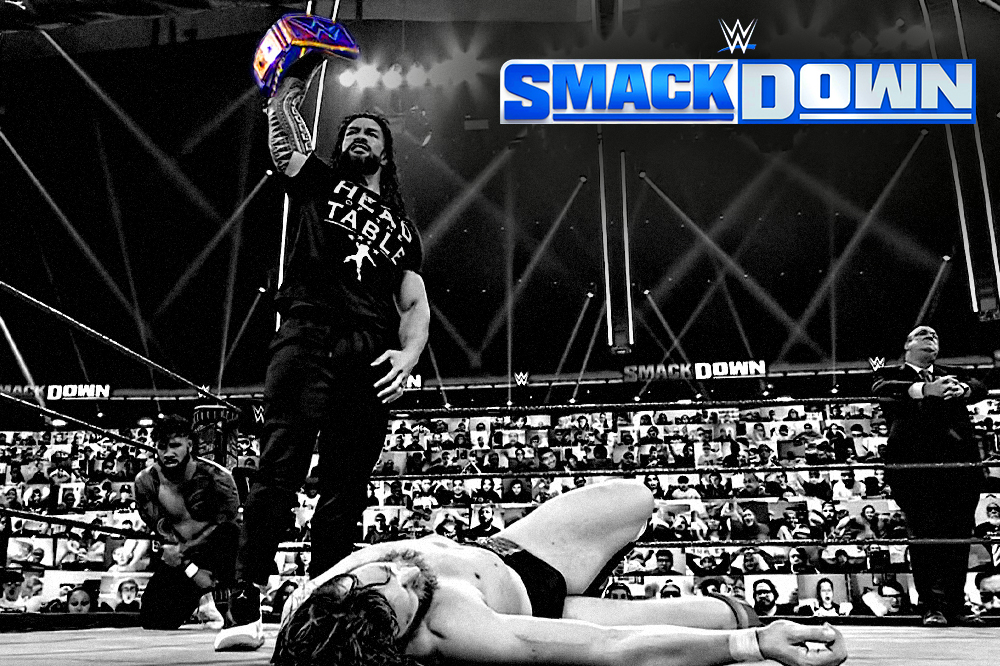 We’re too close to WrestleMania.

The Tribal Chief is in war mode.

Early in the contest, Uso used both the announce table and the ring post to cause further damage to The Leader of the “Yes!” Movement’s injured knee. Nevertheless, the ultra-resilient Bryan fought through the pain with iron will to help create an incredible matchup between the dynamic Superstars. The fight moved back to the ringside area, and as Uso continued to punish Bryan’s leg on the steel ring steps, the referee counted out both Superstars.

Realizing the double count-out left him without a Fastlane matchup, Bryan locked Uso in a post-match “Yes!” lock. As he did, Reigns attacked. Although Bryan turned the tables and put The Head of the Table in the “Yes!” Lock, a kick from Uso paved the way for The Big Dog to hit his adversary with a Spear and the Guillotine.