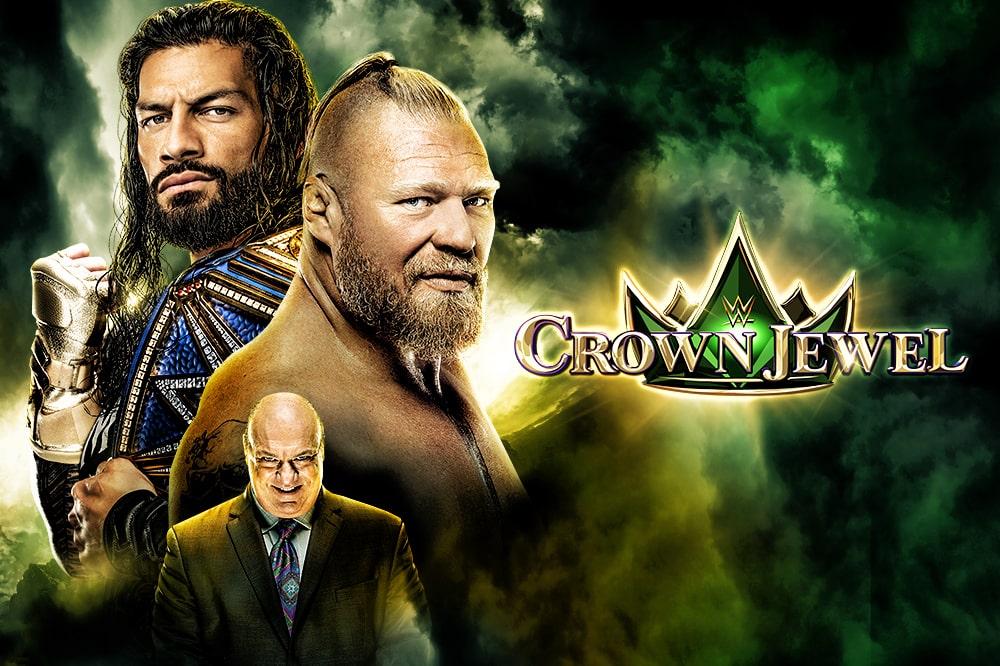 In the single biggest box office matchup of 2021, WWE Universal Heavyweight Champion Roman Reigns took advantage of a referee who had been inadvertently knocked down and scored a controversial pinfall over Brock Lesnar in the main event of WWE Crown Jewel.

Of course, so many eyes were on our boss, Reigns’ #SpecialCounsel (and Lesnar’s former #Advocate) Paul Heyman, who has been stuck in the middle of the two biggest box office attractions he’s guided.

Check out the video, and then join the conversation on the Hustle Twitter HERE … on our ridiculously sensational Instagram HERE … or on our Facebook page HERE!