Dak Prescott, Tony Romo and Mark Sanchez All QB For Dallas ... and the Cowboys Still Lose to the Philadelphia Eagles 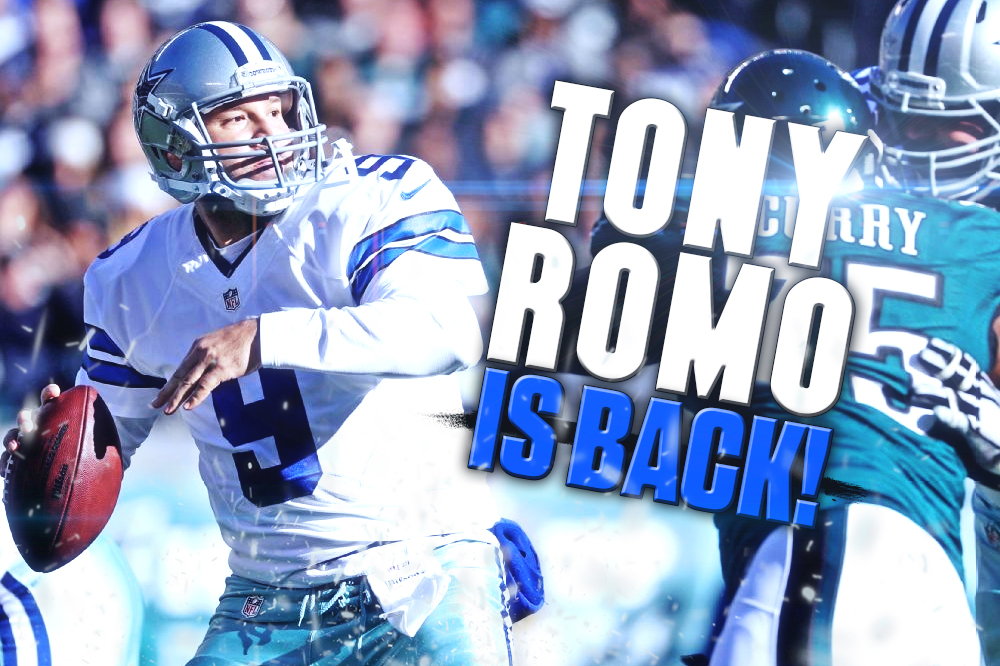 The Dallas Cowboys closed out the regular season by falling 27-13 to the Philadelphia Eagles, but fans of the most newsworthy team in the NFL should not fret, as the Cowboys have locked up the top seed in the NFC, clinched home-field advantage throughout the postseason and have a bye on deck in next weekend’s opening round.

Dak Prescott started today at Lincoln Financial Field, staying in the game for two series and 14 snaps. The superstar rookie and MVP candidate completed 4 out of 8 passes for a total of 37 yards, leading a 9-play, 49-yard drive that ended with a field goal, tying things up at 3-3 early in the second quarter. Prescott finished the regular season by breaking records with a 104.9 passer rating, the highest by a rookie QB in NFL history after surpassing Robert Griffin III‘s mark of 102.4 in 2012 for the Washington Redskins, as well as lowest interception percentage at 0.9% (4 picks in 459 attempts).

Following Prescott’s series – as well as a nearly 14 month regular season absence due to injury – was the returning Tony Romo. The feel-good moment of the year for long-time Cowboys fans, the “league’s most expensive backup” came in with 13 minutes remaining in the second quarter. On his first drive, and for the first time since Thanksgiving 2015, Romo ended up throwing a quick touchdown, connecting with Terrance Williams for 3 yards followed by a kick that put the Cowboys ahead 10-3. Romo completed 3 of 4 passes, throwing his 248th career TD. He was congratulated by Prescott as he made his way to the sideline, and was relieved by Cowboys’ third-string QB Mark Sanchez, who had the best throw of the day after launching a perfect 33-yard pass to wide receiver Cole Beasley.

To prevent any unnecessary injuries and ensure fresh bodies on the field come the Cowboys’ playoff run, Prescott and fellow rookie MVP candidate Ezekiel Elliot sat on the bench for the remainder of the game.

The playoff-bound Cowboys will likely next take the field on Sunday, January 15th. Their Divisional round opponents will be the highest remaining seed, to be determined by the winners of next week’s Wild Card game between the New York Giants and the winners of the currently in progress Packers vs. Lions.

We’re HustleTweeting about the Eagles scoring an upset over the three-QB Cowboys, and you’re more than welcome to join the conversation by following the Hustle on Twitter HERE or by hitting LIKE on our hyper-interactive Facebook page HERE!