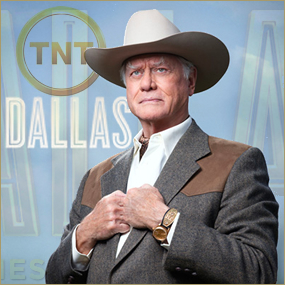 Ever wonder what JR Ewing is really thinking? Now’s your chance to find out!

TNT has released a new promo hyping its coming DALLAS series, which will premiere with a two-hour episode on Wednesday, June 13th at 9pm Eastern / 8 Central. The series is a continuation of the original DALLAS smash hit, which was a staple on CBS from 1978 to 1991. The new series revolves around J.R.’s son John Ross Ewing III (played by Josh Henderson) and Bobby’s adopted son Christopher Ewing (played by Jesse Metcalfe). Larry Hagman and Patrick Duffy return to their roles as the warring Ewing Brothers, J.R. and Bobby.

“Southfork was meant to be mine from beginning,” J.R. says inside his head. John Ross Ewing III tells himself, “I’ve spent my whole life trying not to be his son,” as Bobby wishes that his adopted son Christopher and his nephew do not get into the family’s feuds. Now grown, John Ross has become almost a carbon copy of his father, bent on oil, money and greed. Christopher, meanwhile, has become a lot like Bobby, in that He is more interested in the upkeep of Southfork Ranch.

Linda Gray returns as Sue Ellen, Charlene Tilton is back as Lucy and Steve Kanally reprises his role as Ray Krebbs. This ain’t The Ewings’ first BBQ, but it damn sure may be their hottest!

Of course, we’re HustleTweeting about DALLAS, and you’re more than welcome to join the conversation by following the Hustle on Twitter HERE or write to us directly at hustleoncrave@gmail.com  Hey, have you checked out the Hustle’s Ultra High Quality You Tube Channel, with  exclusive videos featuring BROCK LESNAR’S “HERE COMES THE PAIN”  … ICE-T AND COCO’s SEX SECRETS … THE ULTIMATE WELTERWEIGHT BAD ASS NICK DIAZ … CONTROVERSIAL TEEN SENSATION TAYLOR MOMSEN … LEGENDARY MMA PIONEER FRANK SHAMROCK … THE WALKING RIOT MISSY HYATT … if you’re not subscribing, you’re missing something … and by the ways cheapos, it’s FREE! Yes, absolutely 100 percent FREE! What are you waiting for? Check it out HERE!

CHECK OUT TNT’S NEW PROMO WHICH TAKES YOU INSIDE THE HEADS
OF THE LEAD CHARACTERS OF THE NEW “DALLAS” SERIES! 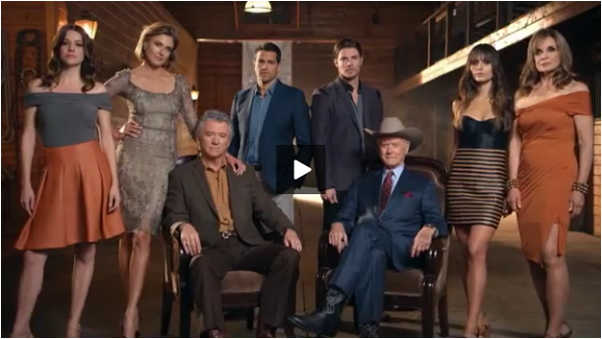