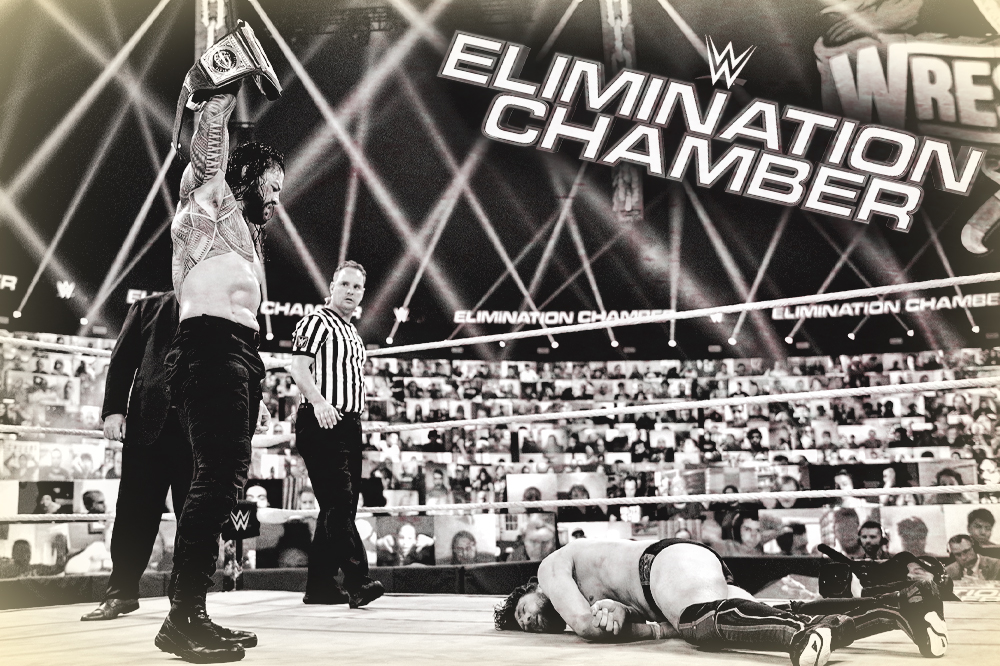 WWE Universal Heavyweight Champion Roman Reigns (along with our boss, his #SpecialCounsel Paul Heyman) took center stage at WWE Elimination Chamber, as the entire WWE Universe watched events unfold that will lead to the main event of this year’s WrestleMania.

The Head of the Table is still Universal Champion, though his toughest challenge yet may be imminent at WrestleMania.

Seeking to pick the bones like a vulture following a brutal Elimination Chamber Match, Reigns immediately attempted a Spear, only for Bryan to masterfully counter into the “Yes!” Lock. But Reigns quickly powered out and blasted Bryan with right hands before locking on a Guillotine that sapped the last bit of energy Bryan had left.

It was one of the most ruthless displays of dominance the WWE Universe has seen from Reigns, but his night wasn’t over. The Rated-R Superstar surprised Reigns with a massive Spear, giving The Big Dog a receipt after taking a Spear from Reigns this past Friday night.

With a point to the WrestleMania sign, the 2021 Royal Rumble Match winner appeared to make his intentions clear for The Grandest Stage of Them All.