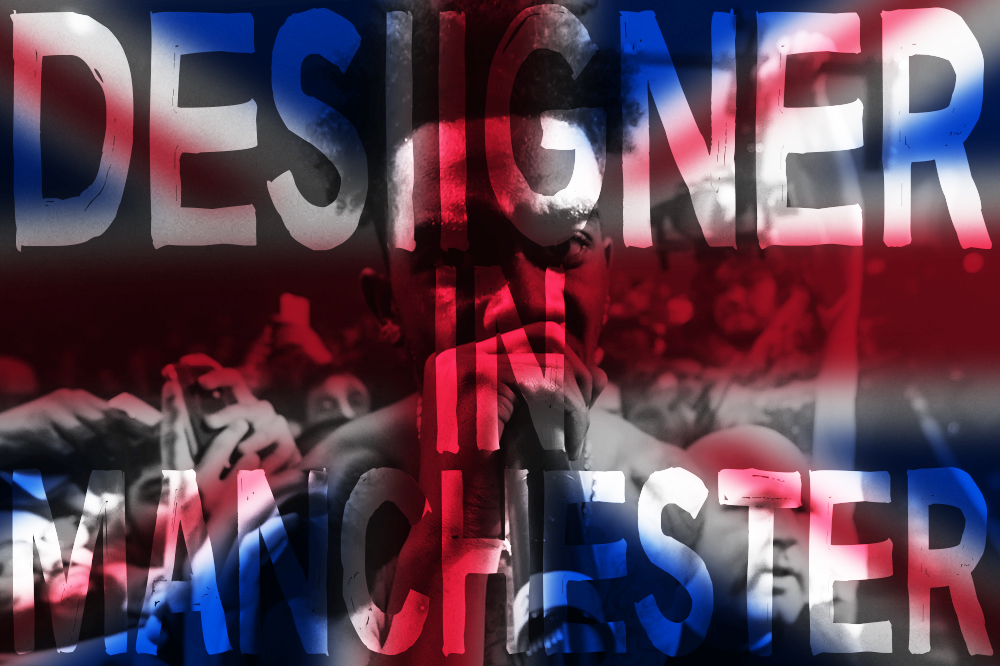 Desiigner is in Manchester, UK … and he’s on a mission to keep the momentum going for his collaboration with Steve Aoki, the smash hit Mic Drop. Desiigner has released a mini music video promoting the song, and it’s nothing short of spectacular.

Just a few days after killing it at the AMAs, BTS returned with the remix of their song “Mic Drop,” the highly anticipated collaboration between the K-pop group, Steve Aoki, and Desiigner.

A swaggering hip-pop track featured on their album, Love Yourself: Her, which quickly became the highest-charting Korean album ever upon its release in September, “Mic Drop” is an energetic hype song about BTS’ global popularity– and even features a shout-out to Billboard. The new, Steve Aoki-produced version — stylized “MIC Drop (Steve Aoki Remix)” — lays thick EDM synths and trap beats over the original melody veering the song away from its original hip-hop leanings. The remix was released with a music video that features both Aoki and the Korean septet.

An alternate version of “Mic Drop” was also released that features a lead-in from Desiigner featuring the rapper’s fast-talking, trap-laden delivery. The music video version replaces Desiigner with the Korean version’s original intro raps courtesy of BTS’ J-Hope and Suga.

The music video for the song opens with Aoki DJ-ing as the septet dances the song’s powerful choreography in a variety of settings, charismatically delivering the aggressive lyrics rife with references to their global success. Like many of the band’s other music videos, some of the imagery, such as burning cars and military references on the band members’ outfits, recalls BTS’ rebellious nature as a K-pop group whose lyrics — including those of “Mic Drop” — address socio-economic issues. The clip ends with a titular mic drop before returning to Aoki and going to black.

Released less than a week after being the penultimate performers at the 2017 AMAs, the “Mic Drop” remix comes amid growing interest in the Korean boy band, whose music and immense following on social media from their dedicated fanbase, known as ARMY, has propelled BTS to the top tiers of international music in 2017.

Within a few hours of its release, the new version of “Mic Drop” went to the top of the U.S. iTunes real-time singles chart. It is the first time a K-pop group has ever achieved the position.

We’re HustleTweeting about Mic Drop, and you’re more than welcome to join the conversation on the Hustle Twitter HERE and also on our hyper-interactive Facebook page HERE!