Djokovic and Federer Team Up ... and LOSE! 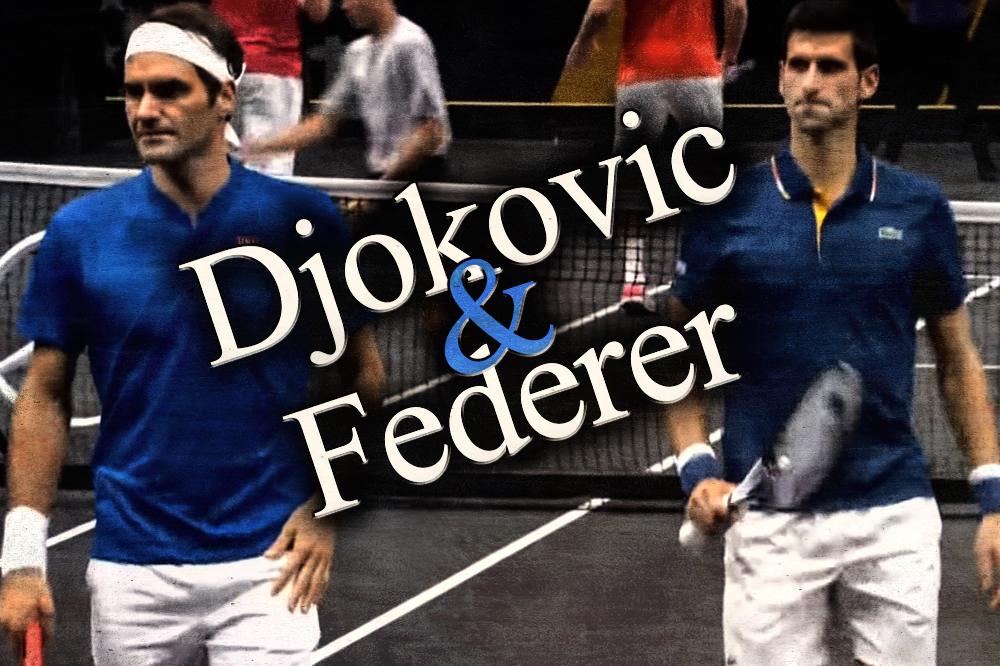 Wimbledon and US Open Champion Novak Djokovic teamed up for the very first time ever with his longtime rival Roger Federer at the Laver Cup … and they LOST!

Perhaps even more embarrassing, Djokovic drilled Federer in the lower back with a forehand in the third game of their loss to Kevin Anderson and Jack Sock.

“I apologized right away,” Djokovic said. “It didn’t look that great.”

Federer, a true legend in the sport, stated with great humility, “To team up with somebody of his caliber is just a treat!”

Look out! @DjokerNole is late on the forehand and hits @rogerfederer in the 🍑.

Federer and Djokovic took the first set 7-6 in a tiebreaker, but Sock and Anderson won the second set 6-3 and then captured the deciding tiebreaker 10-6 to give Team World its lone win on the first day of the exhibition.

Federer and Djokovic last played against each other in the Cincinnati final on August 19, when Djokovic won 6-4, 6-4 to become the player to claim all nine ATP Masters 1000 events since the series started in 1990. Djokovic leads the all-time series with 24 victories.

But the two tennis superstars had never played on the same side of the net before Friday night at the United Center.

Federer, playing with a red racket, took the forehand side and Djokovic the backhand against the hard-serving Anderson and doubles standout Sock.

“It was a lot of fun. I want to thank Roger for playing with me,” Djokovic said. “I loved it. Obviously I wanted to win as much as Roger. But those guys came up with some big shots.”

We’re HustleTweeting about Djokovic and Federer, and you’re more than welcome to join the conversation on the Hustle Twitter HERE and also on our hyper-interactive Facebook page HERE!