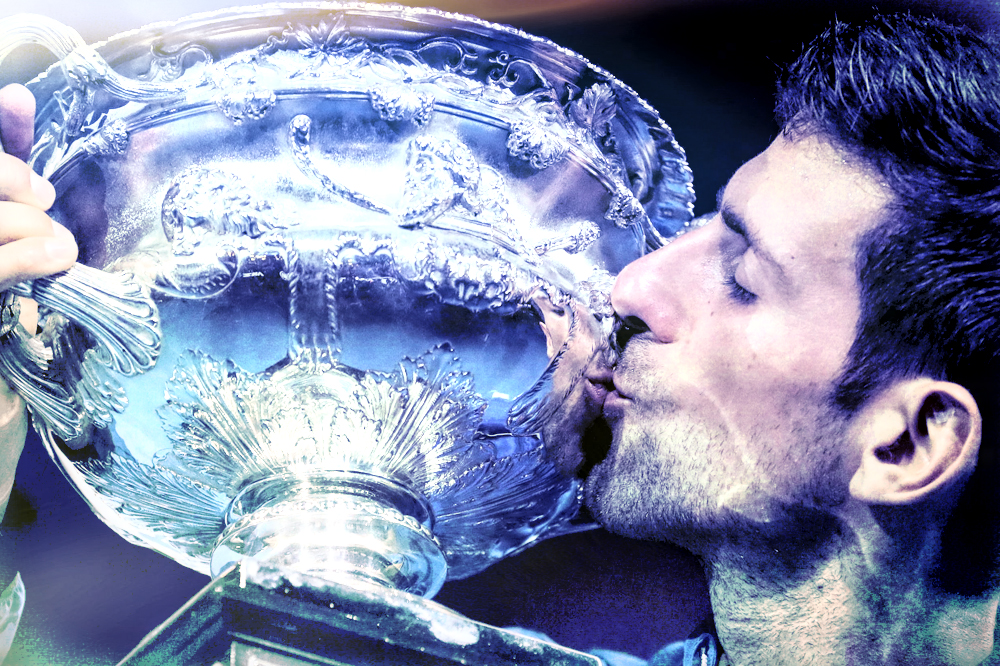 Novak Djokovic is of the opinion his 6-3, 6-2, 6-3 victory over Rafael Nadal to win the Australian Open was one of the best performances of his career.

“It was truly a perfect match,” Djokovic said after winning the title for the seventh time. “Under the circumstances, playing against Nadal in such an important match, it’s amazing. In back-to-back matches in the semi-finals and final I think I made only 15 unforced errors in total in the two matches.”

The world No 1 said his flying start, breaking serve at the first attempt, had been the key to winning his 15th Grand Slam title. “I managed to get a crucial break of serve in the second game and I was 3-0 up in under 10 minutes,” he said. “That was really, really important because Nadal always brings huge intensity to the court, 100 per cent of his focus and determination … The energy and power he puts into his shots is really intimidating from the first point in the match. But I guess that makes you more alert. I was expecting that. Knowing that coming into the match made me even more ready to start off well. I guess it proved to be the crucial turning point of the match.”

Asked if he felt like he was the only person to have figured out how to beat Nadal, Djokovic said: “I don’t want to say I figured him out because I don’t want that to bounce back at me in any way in the future. I might have figured him out for this match, but not for life … I’m sure we’re still going to have a lot of matches against each other on different surfaces. I look forward to it. I really hope we will because this rivalry has been the most significant rivalry, the one that impacted me on a personal and professional level the most in my life.”

Nadal thought he had paid a price for not playing enough matches in recent months. This was his first tournament since the US Open because of a series of physical issues.

“I think Novak played fantastic, but at the same time it’s true that when he’s playing that way I think I needed something else – and to be honest I was not able to find that tonight,” Nadal said. “It was unbelievable the way that he played, no doubt about that. But at the same time it is true that probably physically I was not able [to respond]. I played fantastic tennis during both weeks, but because I had played that well, I didn’t suffer much during the tournament … Five months without competing, having that big challenge in front of me, I needed something else. That something else, I probably don’t have it yet to compete at this super-high level.”

Nadal thought his attacking game had been very good in his first six matches but felt he had not had enough chance to work on his defensive game because of his lack of matches.

“When Novak is playing that well, it’s so difficult for anybody to fight for victories against him,” he said.“But if I am able to run 100 per cent and to resist every ball, then you find ways. The things that look easy for him become a little bit more difficult when you have to do it one more time, one more time and one more time. I was not able to push him to do that. I need time, I need work, and I need more weeks like this one.”

He added: “I don’t like to say he played unbelievably well because it looks like you are finding an excuse for yourself, but he played so well. He did a lot of very difficult things unbelievably well. He hit so long. His return was fantastic. He was super quick.”

Nadal said that, in comparison, his defeat to Djokovic in five sets in last summer’s Wimbledon semi-finals had been more painful because he had been on a good run and felt he had a big chance to win another All England Club title.

We’re HustleTweeting about Djokovic vs Nadal, and you’re welcome to join the conversation on the Hustle Twitter HERE and also on our hyper-interactive Facebook page HERE!