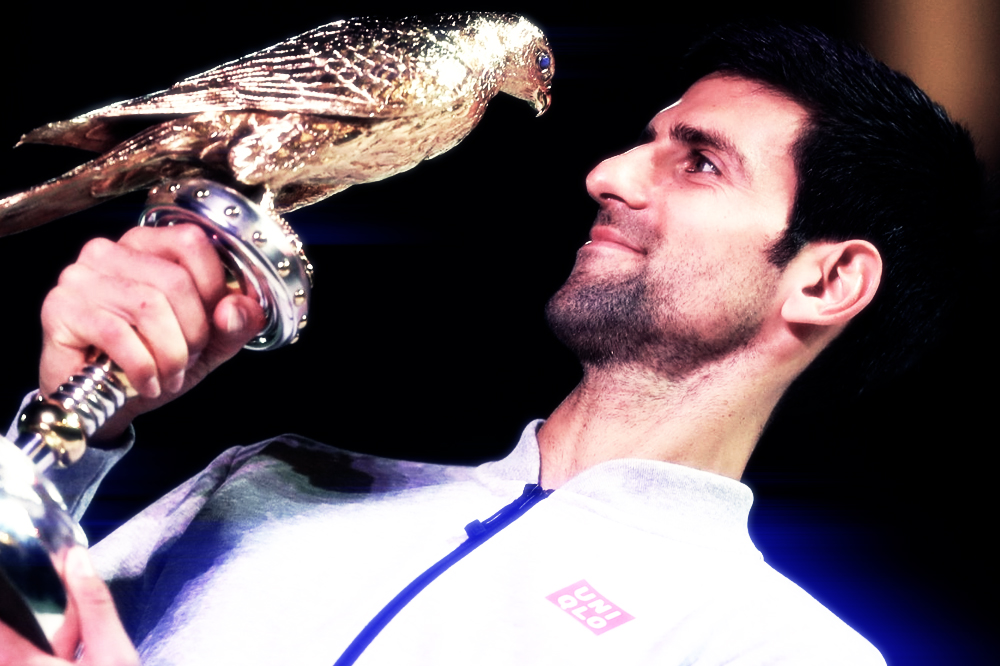 The Tennis Ace Scores Big at the Qatar Open!

Murray saved three match points to come from a set and a break down to win the second set and level the match.

But Djokovic broke in game seven of the decider to win in two hours 54 minutes.

Both players now head to Melbourne for the Australian Open, the year’s first Grand Slam, which starts on January 16th.

“Its a tough one to lose,” said the 29-year-old Murray. “It was high level tennis, some of the points were physically tough. But it’s a great way to start the new year and I look forward to the next few weeks.”

This was the 36th meeting between the pair and Murray had won the last time they met at the ATP Tour Finals in November, a victory that kept him at world number one.

Murray has never beaten Djokovic after losing the first set and he was soon trailing as Djokovic broke in the eighth game following a string of unforced errors from Murray.

Djokovic broke again in the second set and served for the match at 5-3 but Murray fought back and reeled of four straight games to level.

Djokovic, a 12-time Grand Slam champion looked to be tiring in the third and was 0-30 on his own serve at 2-3 down but he fought back to hold and then broke Murray for the third time in the match as he won his second title in Doha.

“To win here, against the biggest rival, is a dream start,” said Djokovic, who was penalized a point in the second set for smashing his racket.

Djokovic is the defending champion in Melbourne, having won his sixth Australian Open title last year as he condemned Murray to a fifth defeat in the final of the tournament.

We’re HustleTweeting about Djokovic vs Murray, and you’re more than welcome to join the conversation by following the Hustle on Twitter HERE or by hitting LIKE on our hyper-interactive Facebook page HERE!