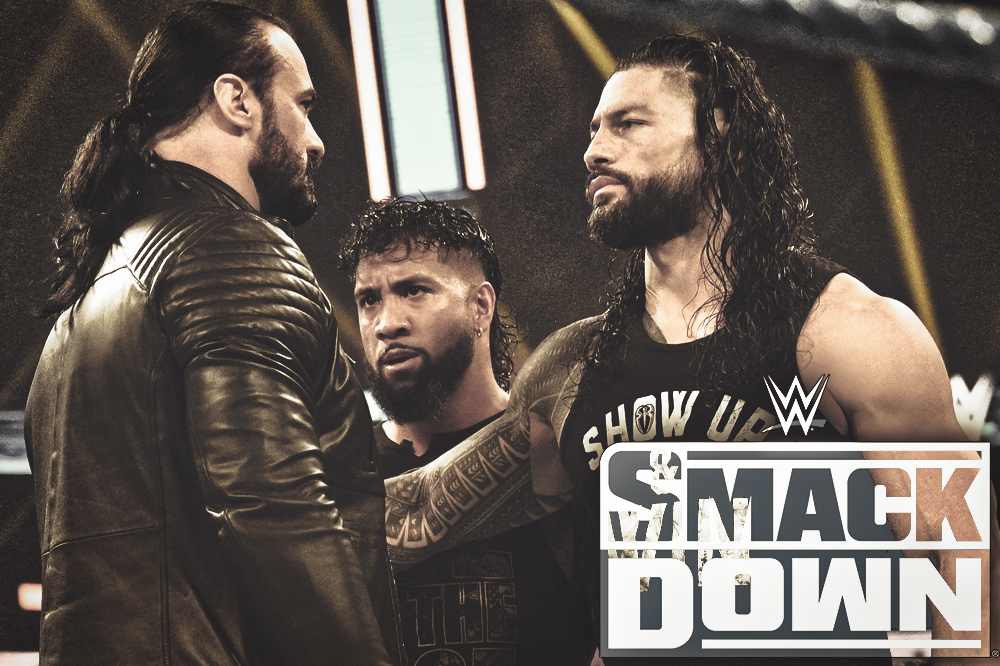 Drew McIntyre is so confident he will unseat Randy Orton as the WWE Champion this coming Monday on RAW, he decided to pay a visit to Universal Heavyweight Champion Roman Reigns (along with our boss, his Special Counsel Paul Heyman) on WWE Smackdown.

Universal Champion Roman Reigns opened SmackDown talking about his “island of relevancy,” his family’s recent dominance and his upcoming match against WWE Champion Randy Orton at Survivor Series Then, out of nowhere, Drew McIntyre stepped onto the blue brand to stand toe to toe with The Big Dog. The Scottish Superstar vowed to defeat Orton on Raw in their title rematch and go on to beat Reigns at Survivor Series.

But just when it looked like the situation was going to turn volatile, Jey Uso interrupted to stand in front of his cousin and challenge McIntyre to a match. In response, the Scotsman shoved Uso to the canvas before sharing some private words with Reigns.