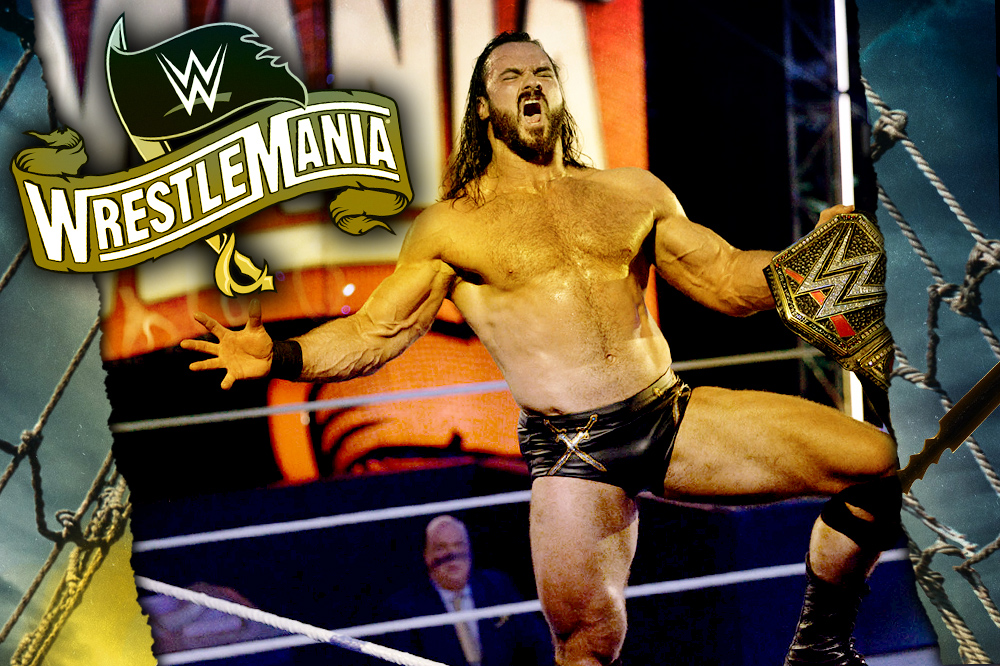 Drew McIntyre is the new Reigning Defending Undisputed WWE Heavyweight Champion of the World. The master of the Claymore Kick defeated Brock Lesnar (accompanied by his Advocate, our boss Paul Heyman) in the main event of night two of The Only WrestleMania Too Big For Just One Night. According to WWE.com:

Drew McIntyre walked into WrestleMania as a special competitor and walked out of it even more so, defeating Brock Lesnar to win the WWE Championship and fulfill a prophecy and potential from almost two decades ago. If the chase for the title is likened to a mountaintop, McIntyre didn’t just climb one to get here. He climbed several.

And that’s before we even get to Lesnar, a singular force and near-constant titleholder who came to WrestleMania on a wave of confidence that washes away most Superstars. True to Heyman’s prediction, McIntyre found himself swept up in the tow, as Lesnar kicked out of a Claymore and administered a trio of F-5’s to the Scottish Superstar in increasingly savage fashion.

But the same persistence that carried McIntyre through the wilderness and back to WWE held throughout the storm. He kicked out of all three of those F-5’s, much to the chagrin of an increasingly purpling Lesnar. When The Beast prepared for another F-5, McIntyre mounted his last stand, ripping off three straight Claymores to finally pin Lesnar and fulfill the long-ago prophecy of “The Chosen One.”

McIntyre immediately broke down in tears, holding the title in his hands before reaching out to the camera and giving a quiet “Thank you” to everyone who supported him throughout his arduous journey. It might not be the WrestleMania that Drew McIntyre imagined, but the victory remained unchanged by the circumstances: He did it by himself, maybe, but he was by no means alone.

We’re HustleTweeting about WWE WrestleMania, and you’re welcome to join the conversation on the Hustle Twitter HERE and also on our hyper-interactive Facebook page HERE!