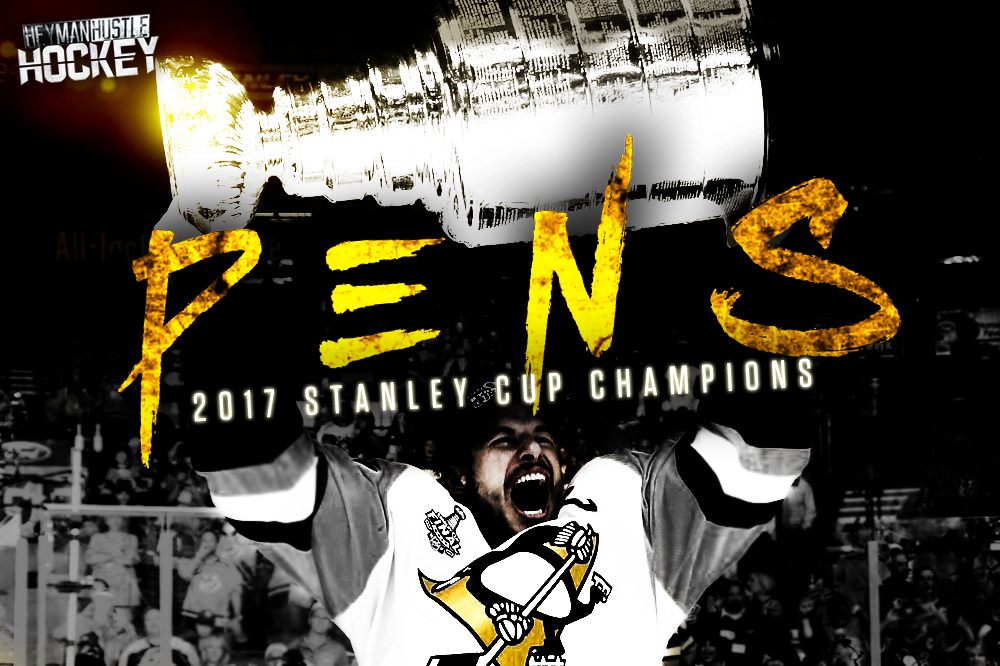 For the second year in a row, the Pittsburgh Penguins are the Stanley Cup Champions.

After a grueling post-season for the banged up defending champs and a playoff run nothing short of magical for the Nashville Predators, it was a 2-0 shutout Game 6 victory on Sunday that earned Pittsburgh the right to “dance with Lord Stanley” once again, becoming the first NHL team in nearly two decades to do so back-to-back.

Game 6 of the 2017 Stanley Cup Final saw the Penguins marching into the hostile territory of Nashville with a 3-2 series lead, and the hometown Predators on the brink of elimination.

It nearly went scoreless for 3 periods. With just over a minute and a half left in regulation, Pittsburgh’s Patric Hornqvist scored an ugly-but-clutch goal, instantly turning the atmosphere inside “Smashville’s” Bridgestone Arena even uglier. Just a few seconds later however – and with only 13.6 seconds remaining – it would be an empty-netter scored by Pittsburgh’s Carl Hagelin that sealed the deal, made the Predators the prey, cancelled the party on Broadway, and clinched the Penguins hoisting the “holy grail” for the second consecutive season (and also dodging catfish being thrown onto the ice by the bitter and defeated Nashville faithful).

A feat not achieved by the club since 1991/1992, this year’s repeat marks the second in history for the Penguins, the franchise’s fifth Stanley Cup overall, and third of the Sidney Crosby era. The Pens’ captain was also awarded the Conn Smythe trophy as “Sid the Kid” was named playoff MVP for the second straight year as well.

We’re HustleTweeting about the Pittsburgh Penguins, and you’re more than welcome to join the conversation on the Hustle Twitter HERE and also on our hyper-interactive Facebook page HERE!