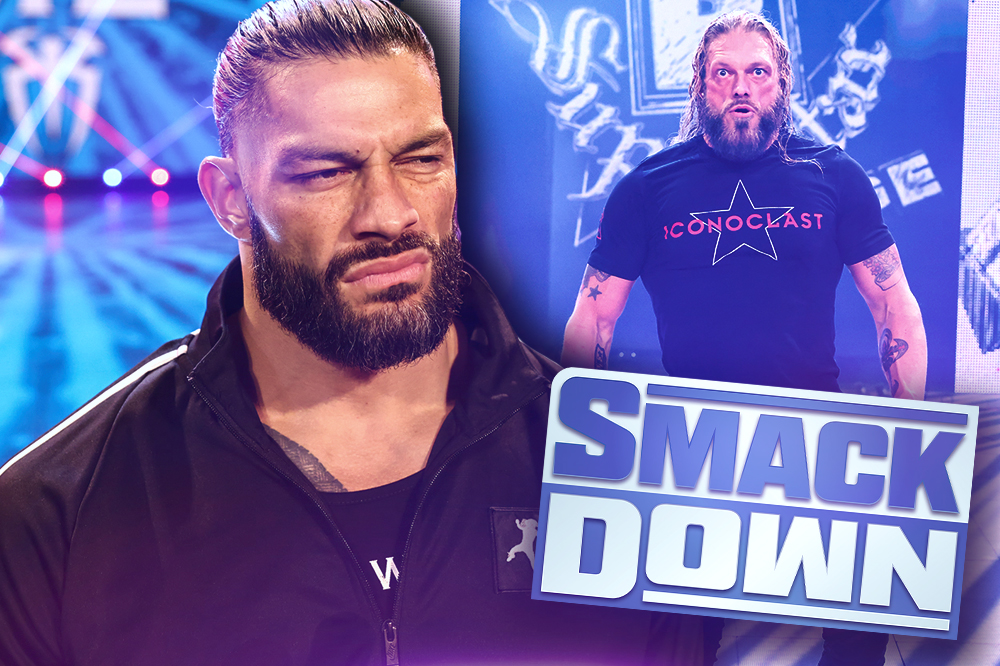 The Rated R Superstar, Edge made a surprise at the very end of WWE Smackdown, his first appearance in public since the infamous Stack ’em pinfall at this year’s WrestleMania, and there’s no doubt in anyone’s mind … Edge has returned for revenge against Roman Reigns.

We’re HustleTweeting about Roman Reigns, Paul Heyman, Edge, Jimmy Uso … and all things Smackdown … and you can join the conversation on the Hustle Twitter HERE … on our ridiculously sensational Instagram HERE … or on our Facebook page HERE!