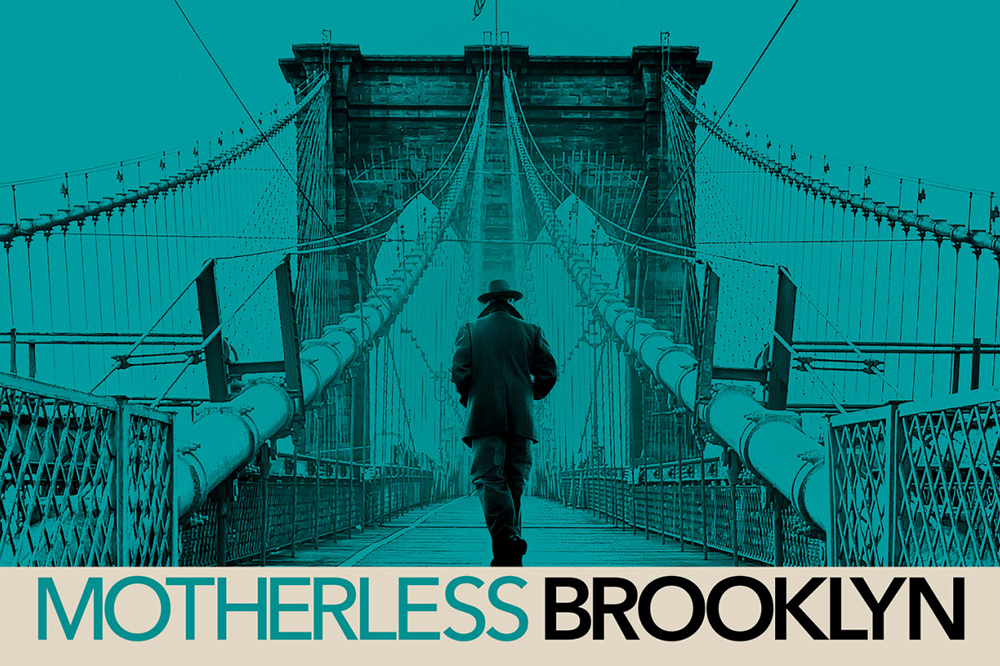 In 1999, Jonathan Lethem‘s novel Motherless Brooklyn was published. Since almost the moment the book was released, Edward Norton has wantred to bring it to the big screen.

The trailer for the movie is a journey itself.

Bruce Willis, Gugu Mbatha-Raw, Alec Baldwin, Willem Dafoe, Bobby Cannavale, and Michael Kenneth Williams (for you HBO enthusiasts, he was Omar on The Wire and Chalky White on Boardwalk Empire) are all on hand in the below trailer, as is Norton’s Lionel, a private detective struggling with Tourette Syndrome. Norton adapted the story and directs it in his first directorial feature since 2000’s Keeping The Faith.

Thom Yorke and Flea’s smoky, piano-driven Daily Battles scores the trailer, though the film will also feature Wynton Marsalis’ trumpet and a score by Daniel Pemberton.

You have to wait until November 1st for the movie to hit theatres, but we’re HustleTweeting about it right now. You’re more than welcome to join the conversation by following the Hustle on Twitter HERE or by hitting LIKE on our hyper-interactive Facebook page HERE!