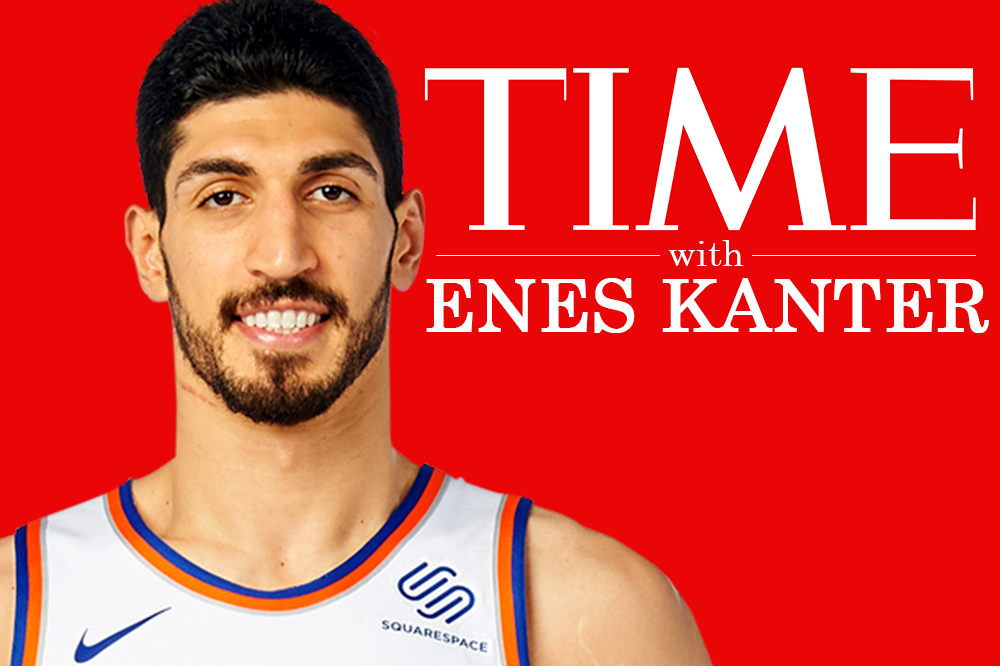 On Monday, September 17th, some of the world’s bravest activists and dissidents will converge at Alice Tully Hall in Lincoln Center to meet with leaders from technology, business, fashion, philanthropy, music, and art at the 2018 Oslo Freedom Forum in New York. The Forum is a transformative annual conference where the world’s most engaging human rights advocates, artists, tech entrepreneurs and world leaders meet to share their stories and brainstorm ways to expand freedom and unleash human potential across the globe.

One of the key speakers this year will be New York Knicks Center Enes Kanter, who has been an outspoken critic of the current Turkish regime. To create awareness for his appearance at the Oslo forum, Kanter wrote an op-ed in this week’s Time. It’s certainly worthy of your attention.

This month, my dad will face trial in Turkey for “membership of a terror group.” He is a university professor, not a terrorist.

My father has been targeted for persecution by the Turkish government and its leader, President Recep Tayyip Erdogan, because of his association with me. I am a vocal critic of Erdogan’s dictatorial regime, and I’m a follower of Fethullah Gulen, a preacher and scholar whom Erdogan has deemed Public Enemy Number One. Because I play in the NBA, I am lucky enough to have a public platform, so I’ve used every opportunity to make sure everyone knows about Erdogan’s cruelty and disdain for human rights.

If you speak out against Erdogan, it can affect your whole life and everyone around you. It has been too dangerous for me to set foot in Turkey for three years. The last time I visited, the government destroyed my brothers’ school and threw my dentist and his wife in prison. The regime arrested and charged a man for links to Gulen after I took a picture with his child, and went after a comedian after he exchanged a few tweets with me. Last year, Erdogan canceled my passport and put out an international warrant for my arrest. That means I am now stateless and pretty much can’t leave the United States. It’s interfering with my career, too.

We’re HustleTweeting about Enes Kanter, and you’re more than welcome to join the conversation on the Hustle Twitter HERE and also on our hyper-interactive Facebook page HERE!