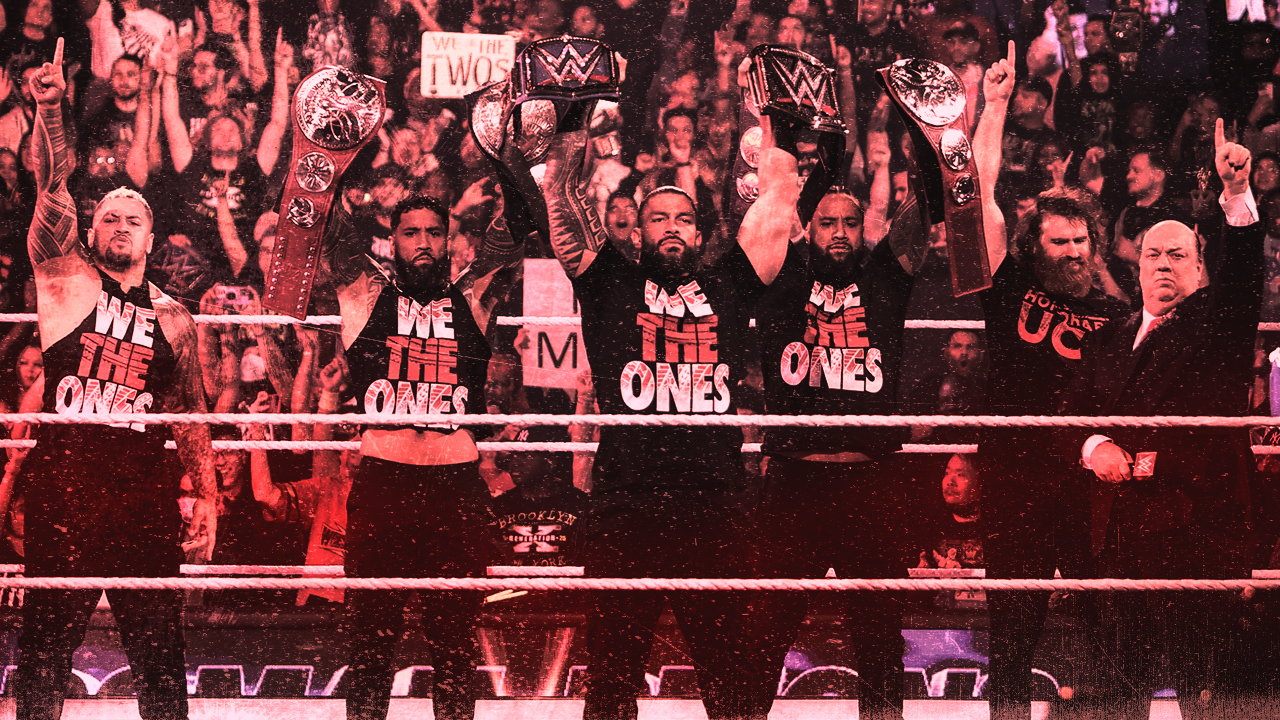 The season premiere of WWE Monday Night RAW emanated live from the Barclays Center in the city of Brooklyn, NY.

The Heyman Hustle dispatched award-winning photographer George Tahinos to NYC to provide exclusive coverage of the longest-running weekly episodic program in television history, and we are proud to present these exclusive photos of WWE Undisputed Heavyweight Champion Roman Reigns leading the entire Bloodline (our boss, Reigns’ #SpecialCounsel Paul Heyman; Undisputed Tag Team Champions The Usos; the Enforcer of the group Solo; and Honorary Uce Sami Zayn) into the ring, bestowing the honor of acknowledging the Tribal Chief to the WWE Universe.