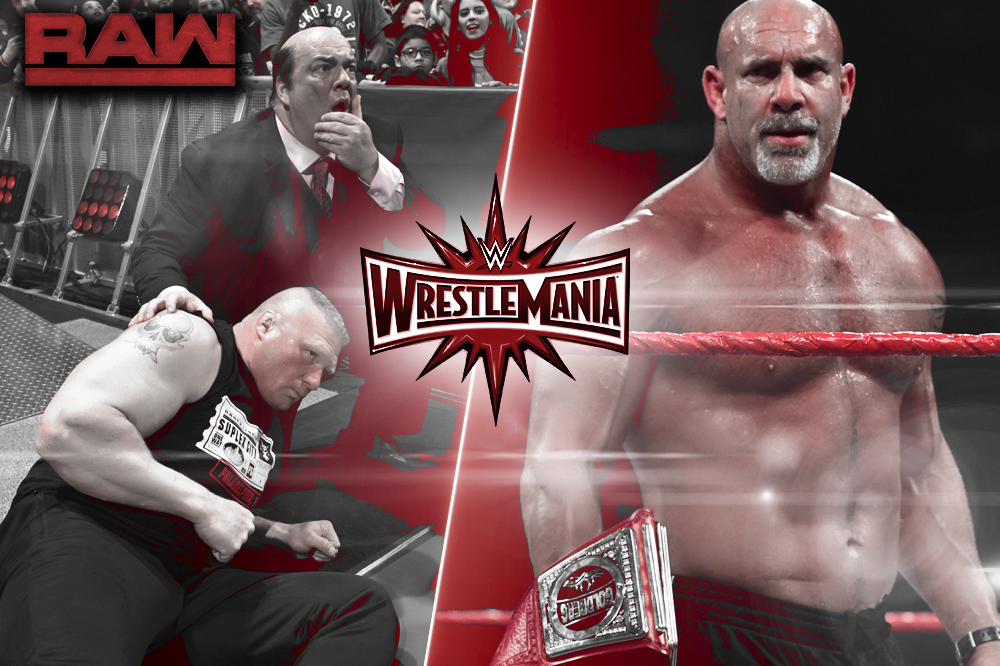 Brock Lesnar‘s Advocate, our boss Paul Heyman offered Kaddish to WWE‘s Universal Champion Goldberg … Goldberg showed up, kicked ass, raised the title above his head. It’s the last segment on the last RAW before WrestleMania. According to WWE.com:

According to Paul Heyman’s Theory of WrestleMania Relativity, WrestleMania’s Universal Title Match will end in one simple solution: F-5 = Lesnar goes up, down goes Goldberg. But when The Advocate unveiled that theorem a couple of weeks ago, Goldberg wasn’t around to provide any evidence to the contrary. That changed on the final Raw before WrestleMania.

Moments after Heyman insisted that challenger Brock Lesnar did not “fear the Spear,” renamed WrestleMania “Death of a Superhero” and declared Goldberg would not “survive the F-5,” the Universal Champion came to the ramp, challenged Lesnar to brawl and speared him to the ground. To paraphrase Heyman: Down goes Lesnar.

We’re HustleTweeting about Brock Lesnar vs. Goldberg, and you’re more than welcome to join the conversation on the Hustle Twitter HERE and also on our hyper-interactive Facebook page HERE!