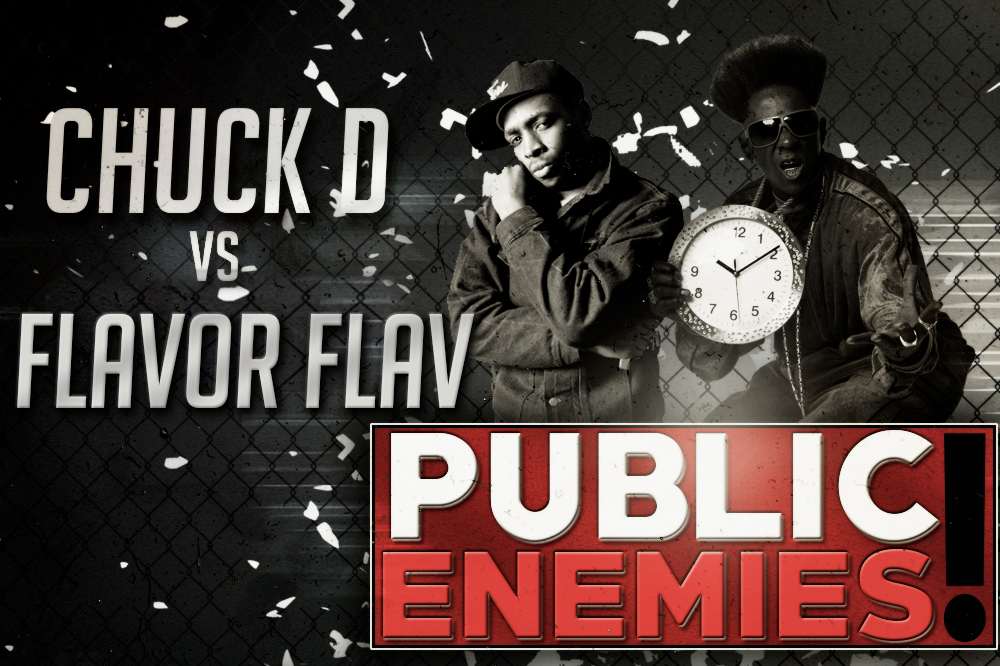 Public Enemy has imploded. Flavor Flav is suing Chuck D and members of Public Enemy‘s production and management team, according to documents filed by his attorney, A. Eric Bjorgum. The lawsuit by the rapper, real name William J. Drayton, alleges that “despite Drayton’s position in Public Enemy, the group’s management and related companies have for years attempted to minimize his role in the Public Enemy business, while continuing to rely upon Drayton’s fame and persona to market the brand.”

Flavor Flav says he hasn’t been getting regular songwriting royalty statements for several years, even though he’s written more than 50 of Public Enemy‘s songs.

Moreover, the lawsuit states Flavor Flav‘s voice and image were used on the recently released Public Enemy album Nothing Is Quick in the Desert without his consent. While he did go into the recording studio, he claims he had “no input on the creative direction of the record” and was under the impression that the recordings he participated in were not final takes. The lawsuit says his vocals “were not up to his standards of quality” and that he did not agree for them to be released.

“On or about June 29, 2017, Drayton was shocked to see that a new Public Enemy album was being released, and his image was being used in multiple media outlets to promote the album. He had never heard of the album, nor heard any of the final mixes,” court documents read.

Flavor Flav also claims he has not been compensated for Public Enemy merchandise sold with his name and image, and that such deals have been made without his consent. The lawsuit states payments “have diminished to almost nothing, and Drayton has been refused accountings, even on the items bearing his likeness.”

The rapper is suing for an amount to be determined at trial.

More to come on this developing story.

We’re HustleTweeting about Public Enemies, and you’re more than welcome to join the conversation by following the Hustle on Twitter HERE or by hitting LIKE on our hyper-interactive Facebook page HERE!