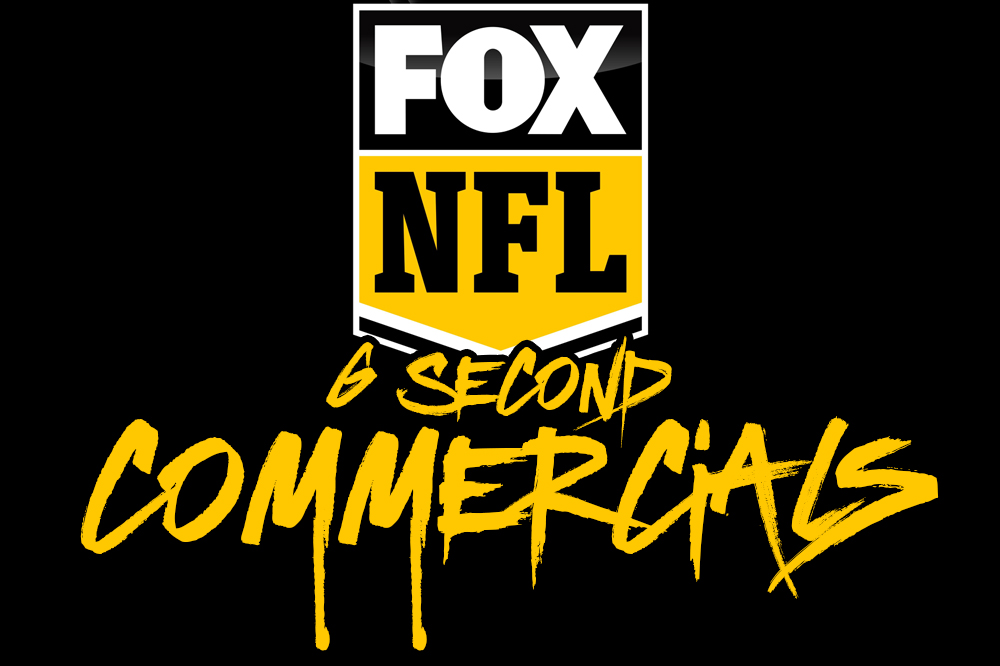 The NFL games on Fox Sports will feature six-second ads this fall. While the standard :15 and :30 commercials will still dominate the advertising time purchased, Fox Sports is attempting to capitalize on the phenomenon that was ushered into the new era of programming on platforms like Snapchat, Facebook and YouTube.

While TV networks have experimented with shorter commercials in the past, largely as publicity stunts for specific brands, Fox is hoping to make six-second ads an industry standard across broadcasters as consumers in the internet era show less tolerance for frequent, bloated ad breaks during shows.

“When the six-second ads are placed in unique positions, it has the potential to gain even more attention than a traditional unit,” noted Eric Shanks, president of Fox Sports.

Viewers will first see the ads on Fox on September 10th just before kickoff in the network’s games on the regular season’s opening weekend, and Mr. Shanks said they were also being offered for the World Series and other “marquee events.” The network is working to integrate them sparingly into some in-game breaks with 15- and 30-second spots; it may also place them through new formats, like in a box adjacent to players on a field during pauses. The hope is that they will eventually help reduce the overall commercial time that people sit through.

“So, for example, if a pitching coach comes to the mound just to have a conversation and you know that conversation is going to last 30 seconds, is a six-second unit in there going to add to the experience and then be able to decrease the amount of ad inventory somewhere else?” Mr. Shanks said.

The effort underscores the new strategies that broadcasters are deploying to keep the attention of consumers who often clutch a smartphone or tablet … or both … while watching their shows, or avoid ads entirely through Netflix. It’s a major shift from the typical spots that TV networks sell and will put a new burden on marketers to not only attract viewers’ attention but also pitch a product in less time than it takes to read this sentence out loud.

On network television, the trend has been toward shorter commercials: In the first half of this year, 36 percent of national TV ads were 15 seconds long while 49 percent lasted 30 seconds, Nielsen data shows. In 2014, 29 percent of ads were 15-second spots, while 61 percent were 30 seconds long.

Part of the network’s pitch with the Teen Choice Awards was the messaging around the shorter commercials, such as telling viewers that their programming would return in less than 30 seconds, then airing several of the short ads. That improved the odds people would stay in their seats while fostering some good will with a quicker interruption.

That rationale helped Fox charge roughly as much for the six-second spots on the show as it did for 15-second ads, according to people familiar with the negotiations, and reduced the program’s overall commercial time.

Similarly, Fox has been able to maintain the premium for the six-second ads it is selling now by pointing to lucrative placements, like just before kickoff for an NFL game, the people said. While the ads are being sold as part of broader packages, a six-second spot could cost, at the high end, around $200,000, they said.

Six seconds has become something of a magic number for video ads online. Fox Networks Group said in June that it would follow YouTube’s endorsement of that length and introduce six-second ads to shows on its digital platforms and then eventually on TV. YouTube has championed the format since last year as optimal for brands.

“It’s a long enough amount of time to actually tell a story, whether it’s to convey an emotion or deliver a product message or a piece of news, and yet short enough that the consumer is not irritated by being forced to watch an ad,” said Tara Walpert Levy, vice president of agency and media solutions at YouTube and Google.

Separately, Facebook said recently that people scrolling through its News Feed on their mobile devices watched video ads for 5.7 seconds on average once they automatically played.

Bringing that format to TV requires some rethinking for advertisers. The effort is being led by Joe Marchese, who was named head of ad sales for Fox Networks Group in May and previously co-founded a digital ad technology firm that was acquired by 21st Century Fox.

Mr. Marchese is aware of the challenges but unperturbed. “The brands and agencies that are able to buy these new models, not stuck in legacy-only buying structures, will be the ones that get to take advantage,” he said in an email to The New York Times.

Dave Penski, who oversees media investments as chief executive of Publicis Media Exchange Americas, said that while six-second ads might not work for brands aiming to sell complicated products, he anticipated interest from large sports advertisers that want to reinforce longer messages or simply remind consumers about already recognizable goods.

“It’s an innovation that’s more cross-screen than others because there’s already, certainly in the digital world, a huge amount of six-second advertising that’s going on out there,” he said.

Mr. Shanks said early examples would come from “the bigger marketers who have a variety of messages throughout the game.’’ The ads are unrelated to statements from the NFL this year about improving commercial interruptions.

Dave Campanelli, who oversees video investments at Horizon Media, an ad-buying firm, said he would explore the concept of Fox Sports airing six-second TV ads but was skeptical that the unit would become a new standard, partly because of the constraints around crafting messages of that length.

He agreed, though, that broadcasters needed to find more ways to shorten commercial breaks and the number of brands featured there.

“With so many different ways to record and fast-forward, or look at your phone during the commercial break and not pay attention, or just change the channel, that’s hurt commercial retention and hurt commercial viewership,” he said. “Playing with pods and commercialization will definitely change over time and become a bigger piece of what we do.”

We’re HustleTweeting about the six-second ads coming your way, and you’re more than welcome to join the conversation on the Hustle Twitter HERE and also on our hyper-interactive Facebook page HERE!