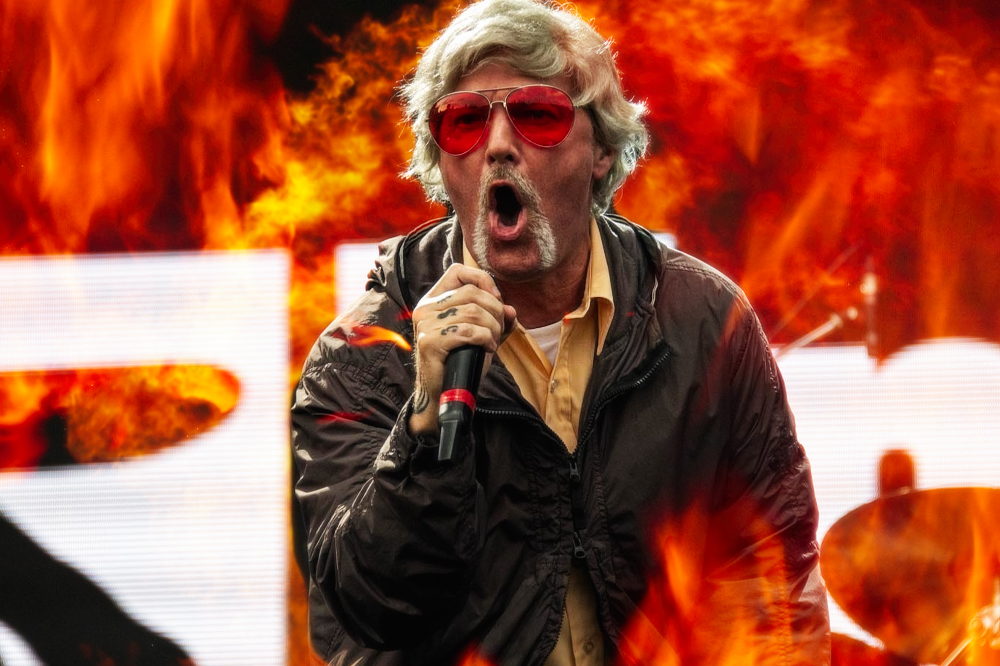 Limp Bizkit‘s improbable comeback, punctuated by Fred Durst‘s new look, has everyone talking, including the fine folks at Rolling Stone, who filed this report:

Fresh off their starring role in the Woodstock 99 documentary, Limp Bizkit continued their sudden resurgence Saturday at the 2021 Lollapalooza festival, with Fred Durst’s new look catching many viewers of the fest’s livestream by surprise.

Earlier in the week, Durst posted a photo on Instagram of his lengthy silver mane and handlebar mustache, a departure from his backward hat and chin beard of yesteryear. At Lollapalooza, he added a pair of bright red shades to the ensemble.

Musically, Limp Bizkit remained Limp Bizkit, delivering a set of turn-of-the-millennium hits like “Nookie” and “Break Stuff” and a heavy helping of their 2000 album Chocolate Starfish and the Hot Dog Flavored Water.

Durst also showcased his sense of humor, referencing the Woodstock 99 debacle (“Let me make this clear: This is not Woodstock ‘99. Fuck all that bullshit,” he told the crowd) and even rocking alongside the ASL interpreter:

Limp Bizkit’s tour continues through the summer, including stops at Rocklahoma 2021 and Sacramento’s Aftershock.

We’re HustleTweeting about Limp Bizkit, and you’re more than welcome to join the conversation on the Hustle Twitter HERE … on our ridiculously sensational Instagram HERE … or on our Facebook page HERE!