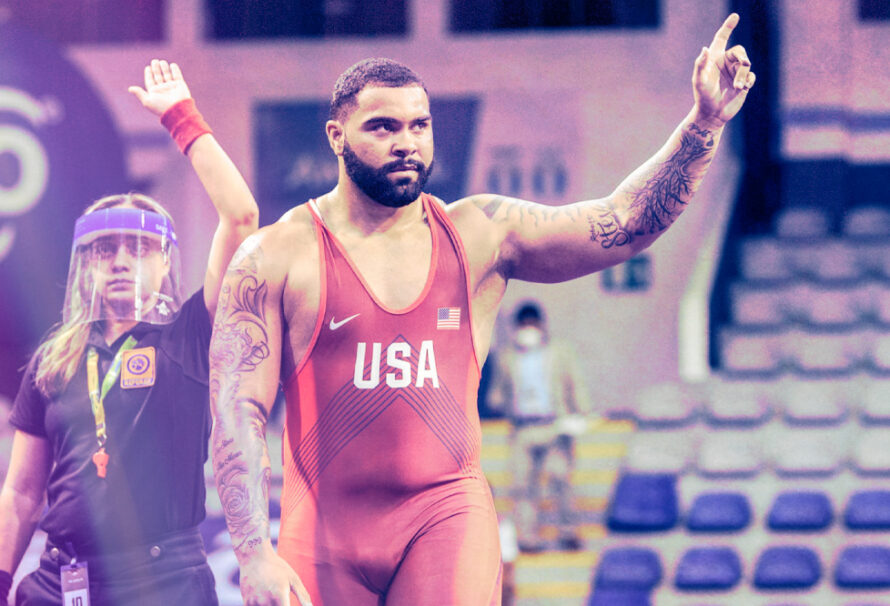 Gable Steveson has officially taken the mat for his first Olympics. His quest for gold starts now. The 21 year old sporting the blue United States singlet beat Kyrgyzstan’s Aiaal Lazarev by technical superiority. Once the match began, Gable immediately started going to work with an early takedown in the first 20 seconds of the match. He looked for exposure points, didn’t get them, went back to neutral, and was immediately back on the mat after scoring another takedown.

Steveson is here to DOMINATE. There’s no fear in his eyes, as he finds his move over and over again. One more takedown at the end of the second minute gave Steveson the tech.

That was a quick one.

We’re HustleTweeting about Gable Steveson and you’re more than welcome to join the conversation on the Hustle Twitter HERE … on our ridiculously sensational Instagram HERE … or on our Facebook page HERE!