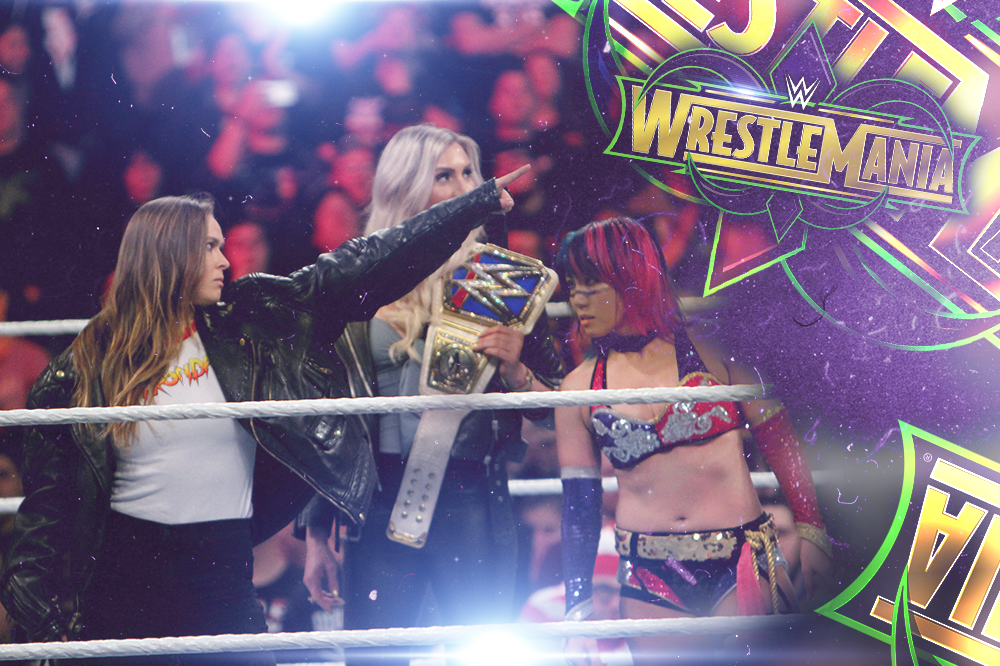 WWE‘s women’s revolution went into hyper-drive as Asuka won the first-ever Women’s Royal Rumble match, and then faced off with (RAW) Women’s Champion Alexa Bliss and (Smackdown) Women’s Champion Charlotte Flair … only to have former UFC Bantamweight Champion Ronda Rousey come out to the ring and make her intentions known … she’s heading to WrestleMania as part of the WWE roster!

We’re HustleTweeting about the 2018 Women’s Royal Rumble featuring Asuka‘s big win and Ronda Rousey‘s arrival in WWE, and you’re more than welcome to join the conversation on the Hustle Twitter HERE and also on our hyper-interactive Facebook page HERE!