Get Ready For King Popeye 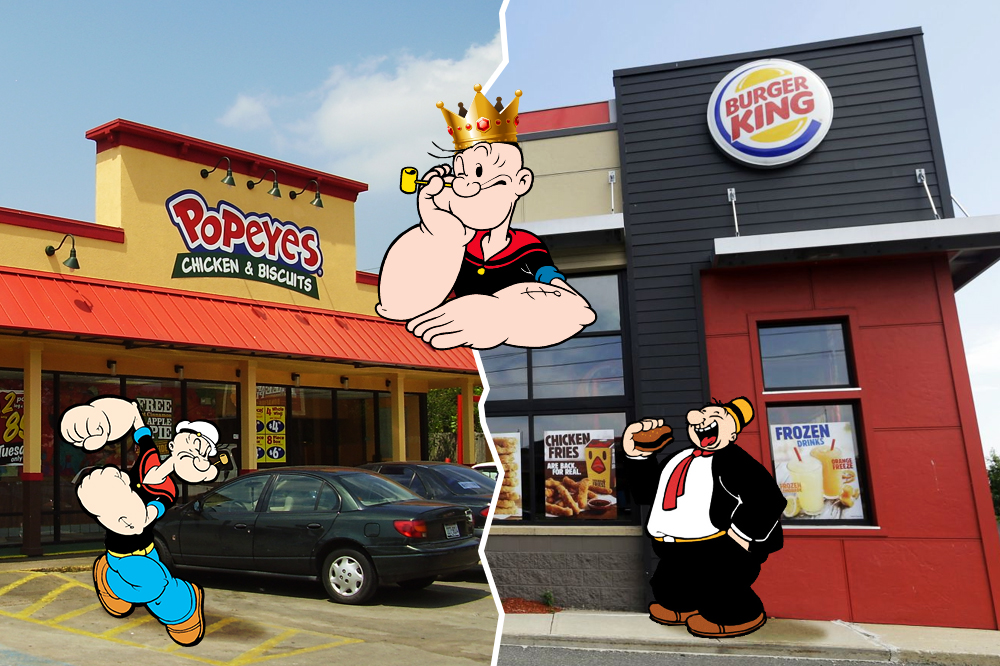 The fast food business is about to go through another consolidation, as Restaurant Brands International Inc., the owner of Burger King, is in advanced talks with Popeyes Louisiana Kitchen Inc. about a takeover of the fried-chicken chain. Multiple reports have been breaking over the past two days regarding the concept of the burger franchise absorbing Popeyes.

Reports all stress that negotiations between the companies are ongoing, and a transaction could be announced as early as this week. While talks could still fall apart, it should be noted that Popeyes has a market value of about $1.37 billion, while Restaurant Brands is worth $25 billion.

The companies held talks in the summer but were unable to reach an agreement at the time. Burger King reportedly renewed its interest in Popeyes late last week and there are several sources stating an offer was made that was mainly cash.

Dealmaking in the restaurant industry picked up last year, with a total of $7.3 billion of acquisitions announced, compared with $4.2 billion in 2015, according to data compiled by Bloomberg. JAB Holding Co., the investment company of Austria’s billionaire Reimann family, agreed to buy Krispy Kreme Doughnuts Inc. for $1.35 billion in May, while Heineken NV teamed up with Patron Capital to bid for U.K. pub operator Punch Taverns Plc’s shares in December.

Restaurant Brands, backed by Brazilian private equity firm 3G Capital, was created in 2014 when Burger King Worldwide Inc. bought Tim Hortons Inc. and relocated its headquarters to the coffee chain’s home country of Canada. Warren Buffett’s Berkshire Hathaway Inc. was brought in by 3G to provide financing for the deal, and still holds a stake in Restaurant Brands.

Popeyes, based in Atlanta, can trace its roots back to a single fried-chicken shop opened in New Orleans in 1972. It operated and franchised more than 2,600 restaurants in the U.S. and 26 other countries as of October 2, according to its third-quarter earnings report.

We’re HustleTweeting on the potential for King Popeye, and you’re more than welcome to join the conversation on the Hustle Twitter HERE and also on our hyper-interactive Facebook page HERE!