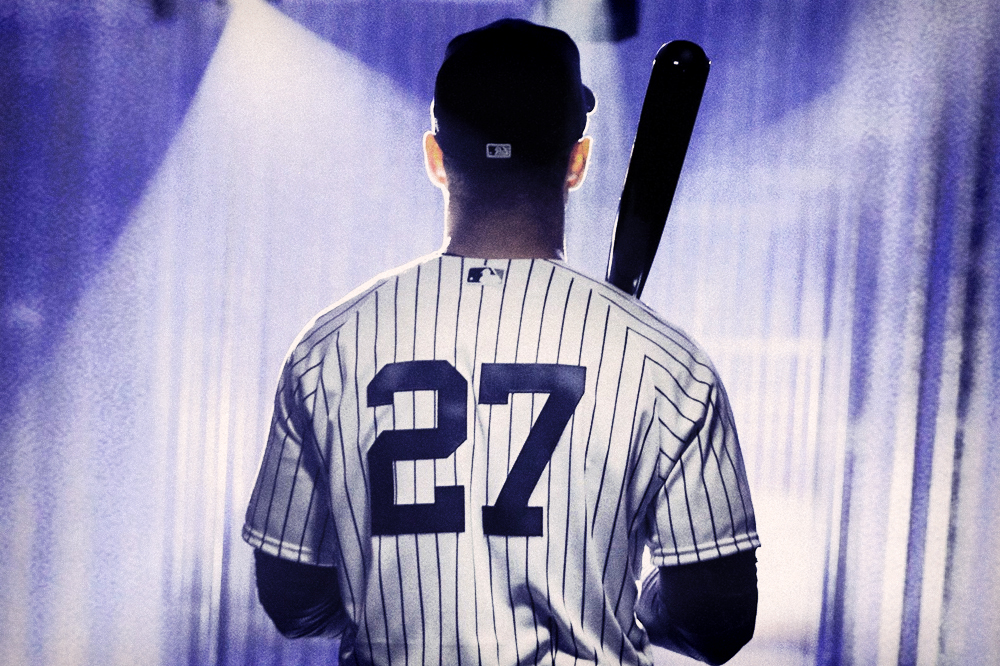 Giancarlo Stanton is a New York Yankee, and it didn’t take long for him to demonstrate he’s up to the task. The slugger smashed a home run to right field in his first at-bat of the season today.

By the way, it wasn’t his only one.

The 2017 National League MVP, who led all of baseball with 59 home runs for the Miami Marlins, delivered once again in the ninth inning of a 6-1 win over the Toronto Blue Jays. That homer was a virtual carbon copy of the first, landing closer to straightaway center amid a set of rows all adorned in blue and white bunting.

“Yeah, great to get that first one out of the way early, and can stop worrying about it,” Stanton said. “It was a great day.”

Both of Stanton’s shots were sights that Yankees fans had eagerly been hoping to see since the team traded for him in December. And something they hadn’t seen since 1963, when Joe Pepitone was the last Yankees player to have multiple home runs on Opening Day.

Other current Yankees were taken aback by Stanton’s first game in pinstripes.

“I’ve never seen a debut like that,” relief pitcher Dellin Betances said. “Those balls were hit out in less than two seconds. The guy just has massive pop.”

“Just wow. It was impressive to see that first-hand, and to see his approach,” Judge said, smiling. “To square one up like that, it’s just fun to watch.”

According to Major League Baseball, Stanton had 10 games with multiple home runs for the Marlins last season, which was tops in the majors. He became the first Yankees player to homer on Opening Day since Raul Ibanez did it in 2012. According to ESPN Stats & Information, Stanton also was the first Yankees player to get three extra-base hits and four RBIs on Opening Day since Roger Maris made his debut with the team in 1960.

Stanton also is the first player to homer on Opening Day in his first at-bat with the Yankees since Curtis Granderson did it in 2010.

“It’s an interesting feeling,” Stanton said, asked of his thoughts rounding the bases after both home runs. “Similar to my first [homer] ever … It was my first Opening Day here, so everything felt new. The newness of it felt a lot like my first one.”

The players with baseball’s four highest single-season home run totals have now all homered on the Opening Days following their historic seasons. Stanton joins Barry Bonds (73 home runs in 2001), Mark McGwire (70 in 1998) and Roger Maris (61 in 1961).

We’re HustleTweeting about Giancarlo Stanton, and you’re more than welcome to join the conversation on the Hustle Twitter HERE and also on our hyper-interactive Facebook page HERE!