KENDRICK LAMAR IS BACK, AND HE'S NO. 1 IN THE WORLD

BAD BUNNY'S "MOSCOW MULE" IS YOUR VIRAL VIDEO OF THE WEEK 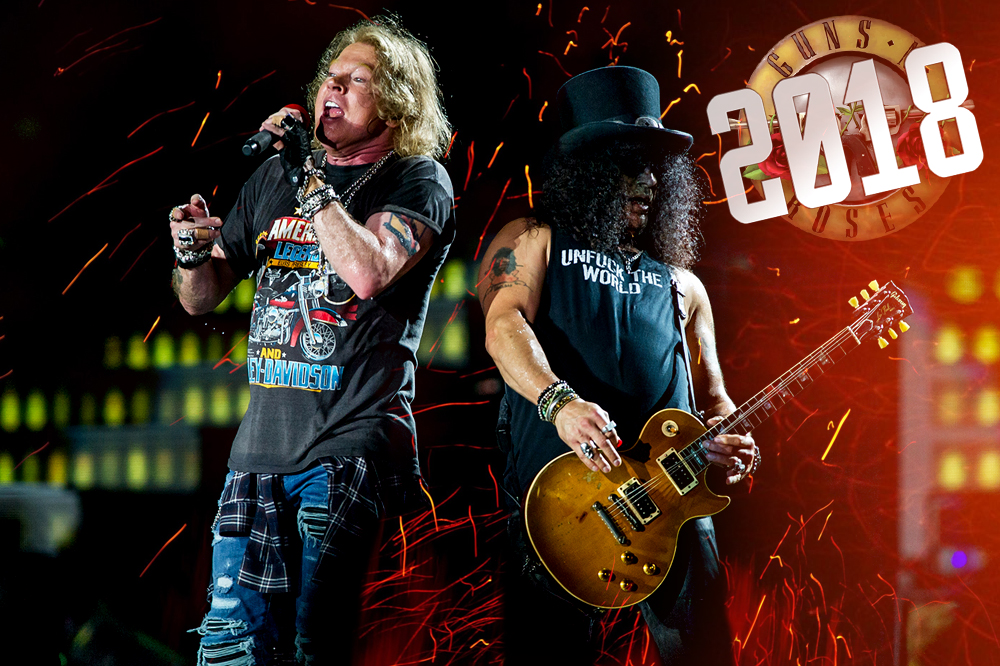 The Guns N’ Roses “Not in This Lifetime” tour will continue into 2018, as the reunited bad boys of rock n roll have confirmed several new dates for next summer. The tour will kick off on June 3 in Berlin, Germany and will wrap up on July 21 in Gothenburg, Sweden. One of the stops, June 10, will see GNR close out the iconic Download Festival in Donnington. Ozzy Osbourne and Avenged Sevenfold will serve as the fest’s other pair of headliners across the three-day event.

We’re HustleTweeting about GNR, and you’re more than welcome to join the conversation on the Hustle Twitter HERE and also on our hyper-interactive Facebook page HERE!