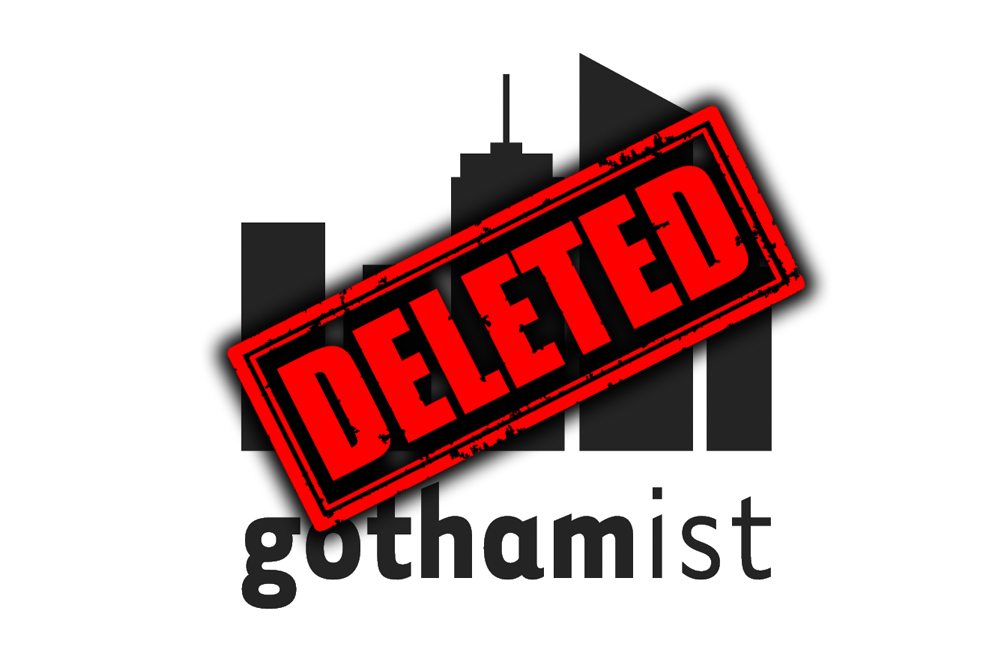 DNAinfo and Gothamist are no more. Even the archives are gone. This is not a drill. This is the real thing.

In a shocking move, billionaire Joe Ricketts, who owns the media empire, made the decision to replace both sites with a message informing the public that both companies are shutting down, effective immediately. The move comes just days after the editorial team successfully joined the Writers Guild of America East.

Ricketts, it seems, is no fan of unions and decided to shut down the venerated hyper-local news publications. Ricketts writes in his farewell note:

But DNAinfo is, at the end of the day, a business, and businesses need to be economically successful if they are to endure. And while we made important progress toward building DNAinfo into a successful business, in the end, that progress hasn’t been sufficient to support the tremendous effort and expense needed to produce the type of journalism on which the company was founded.

It seems employees were caught off guard with this news–many have tweeted their sadness and dismay. To add insult to injury, Ricketts seems to have scrubbed all the sites’ archives. It’s unclear if this scrubbing is temporary, but it must feel like an insult to the editorial team that spent years writing thousands of well-reported articles.

We’re HustleTweeting about the Gothamist shut down, and you’re more than welcome to join the conversation by following the Hustle on Twitter HERE or by hitting LIKE on our hyper-interactive Facebook page HERE!