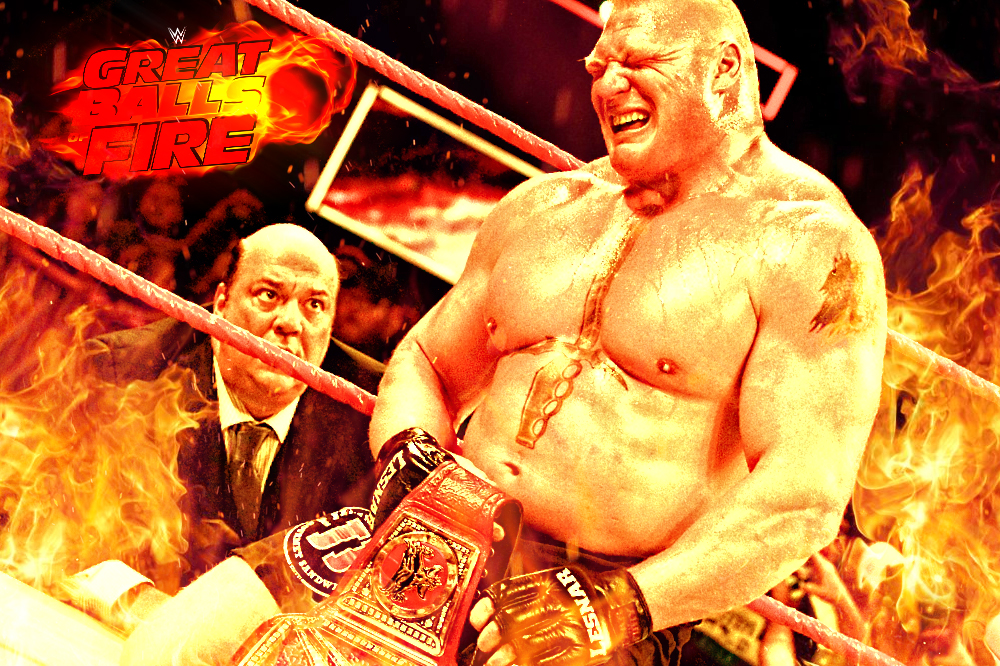 Brock Lesnar successfully defended the Universal Championship against Samoa Joe at WWE Great Balls of Fire, but Samoa Joe took the fight to The Beast in a manner that definitely rocked our boss, Brock’s Advocate, Paul Heyman. According to WWE.com:

Samoa Joe took a piece of Brock Lesnar out of Dallas at WWE Great Balls of Fire. But he didn’t take the Universal Championship.

As expected, The Samoan Submission Machine came into the match with a flawless game plan: Win by any means necessary. He jumped Lesnar before the bell and put him through one of the commentary tables at ringside with an earthshaking Uranage. He battered Lesnar across the ring. He hit him with a sly low blow and survived not one but two trips to Suplex City. He even locked The Conqueror in a trifecta of Coquina Clutches that brought The Beast to one knee and turned his face a sickening shade of purple that remained long after the final bell.

If there was one thing Joe’s game plan didn’t account for, though, it was the near-inhuman stamina of The Beast Incarnate. Lesnar answered Joe’s strikes with knees of his own, countered one of those Coquina Clutch attempts into a sidewalk slam and, when things seemed most dire for the Universal Champion, hoisted Joe onto his shoulders for a do-or-die F-5 as a counter to the final Coquina Clutch.

The maneuver was enough to earn Brock the win, although The Conqueror barely made it up the ramp on unsteady legs. Joe quickly roused from his own stupor to fix his foe with a furious stare, looking every bit the world-beater as he appeared to be for 98 percent of the match. Lesnar, on the other hand, looked somewhat different. You could almost say, even after the hard-fought victory, that he looked human.

We’re HustleTweeting about WWE Great Balls of Fire, and you’re more than welcome to join the conversation on the Hustle Twitter HERE and also on our hyper-interactive Facebook page HERE!