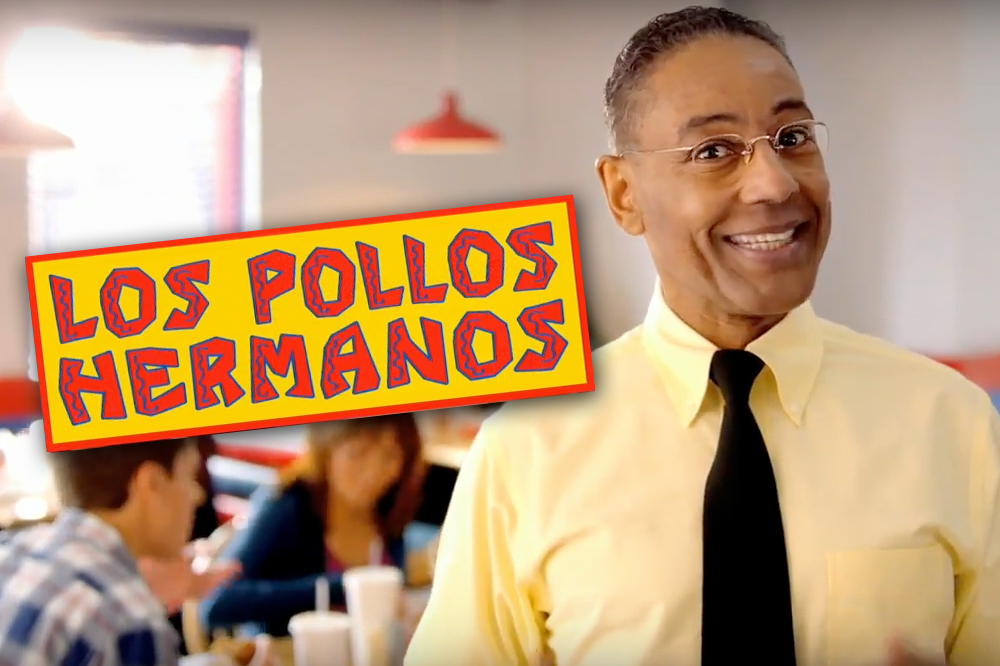 In Breaking Bad, the drug/chicken kingpin Gus Fring (played to terrifying perfection by Giancarlo Esposito) is arch-nemesis to Bryan Cranston‘s Walter White. His return to the world of Breaking Bad is something many fans have been asking for ever since the series ended and it’s spin-off, Better Call Saul, began. Though we don’t know just how much we’ll see of Fring in Better Call Saul yet, fans of the show will obviously now get their wish with the new season, which premieres on AMC next month.

The character’s comeback has also been teased for some time by series creators Vince Gilligan and Peter Gould, who cryptically had the first letter of every Better Call Saul season 2 episodes title spell out the phrase “Fring’s Back”.

Fring’s back, indeed. And we’re inclined to believe he’s bringing more murder, meth and fried chicken with him…

We’re HustleTweeting about Better Call Saul, and you’re more than welcome to join the conversation by following the Hustle on Twitter HERE or by hitting LIKE on our hyper-interactive Facebook page HERE!