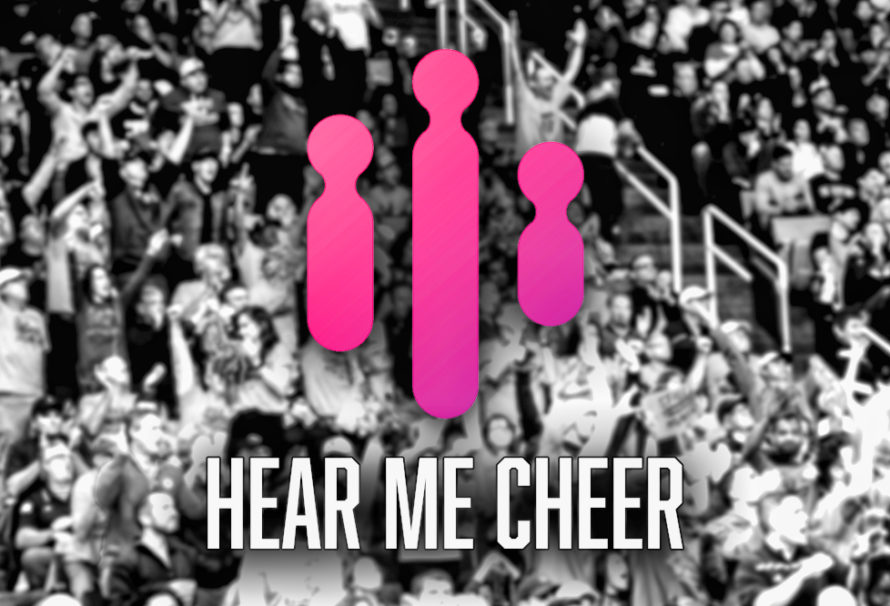 ESPN has changed the manner in which sports is delivered into your living room. Very quietly, without much fanfare (oh, the irony of all ironies!), when live boxing returned to ESPN, the network partnered with a hot startup called Hear Me Cheer in order to provide the fans watching a way to express themselves.

We know what you’re saying.

OK, please allow us to explain.

Hear Me Cheer is an app. On this app, you run a recording of yourself, cheering (or booing, or yelling, or chanting) in front of your TV. When you’re done, the app grabs the audio, adds an acoustic effect to make it sound like you’re in a stadium with thousands of other fans, and immediately sends that mixed audio to ESPN.

Before we get back to WTF?, let us continue, please.

Now, on ESPN itself, the audio that is fed into your home, live from the empty arena, is the sound of thousands of fans reacting to whatever live sports they are watching on their TV sets. At its height last Tuesday, 15 thousand people were using Hear Me Cheer.

This is the visionary technology brought to market by Elias Anderson, who reportedly started a sports-tech company called ChampTrax just two years ago, when he hit the ripe old age of 18 years old.

Anderson says he thought up Hear Me Cheer back in March, and within a month, had a working app.

Now, let’s get to the Hustle of the matter.

With every major league sport gearing up to return to play ASAP, how long until Hear Me Cheer is labeled one of the hottest startups in the entire world?

As if it isn’t already?

We’re HustleTweeting about Hear Me Cheer, and you’re more than welcome to join the conversation on the Hustle Twitter HERE and also on our hyper-interactive Facebook page HERE!