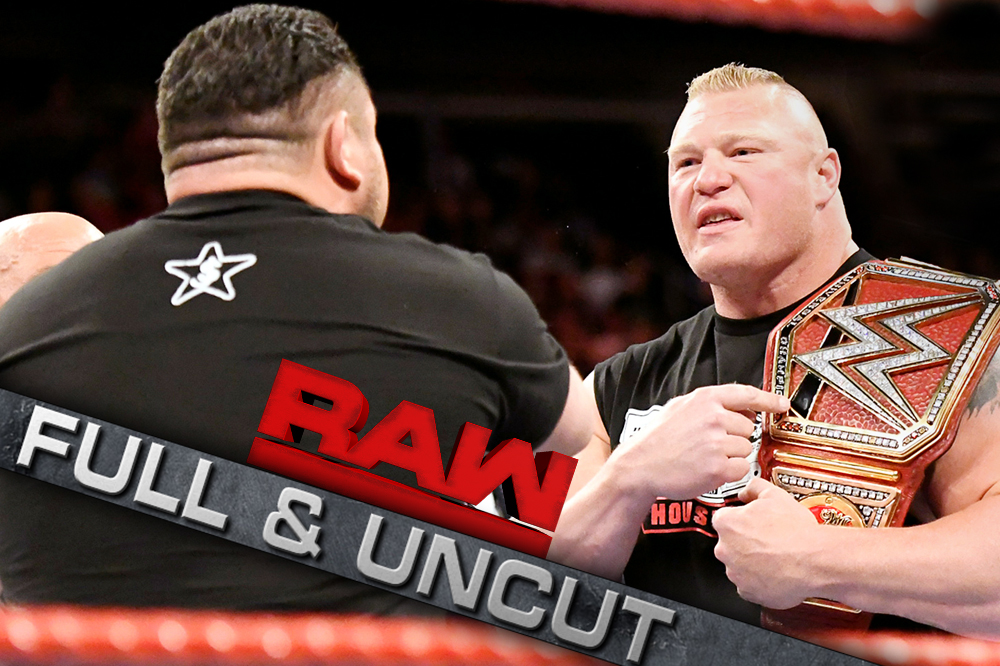 It was one of the most explosive face-to-face-to-face moments in recent WWE Monday Night RAW memory, a segment in which WWE Universal Champion Brock Lesnar was confronted by Roman Reigns and also Samoa Joe, both hoping RAW General Manager Kurt Angle would proclaim them to be the number one contender for Lesnar’s title at SummerSlam.

The Heyman Hustle is proud to bring you the entire segment, as we are HustleTweeting about Brock Lesnar heading into WWE SummerSlam … and you’re more than welcome to join the conversation on the Hustle Twitter HERE and also on our hyper-interactive Facebook page HERE!