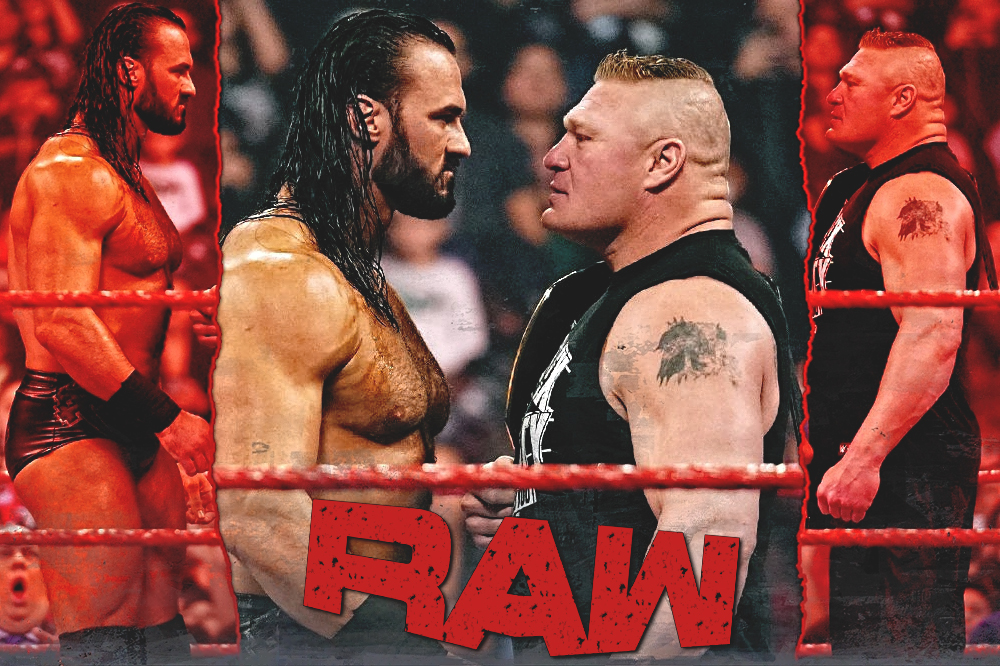 If there’s one video that will most likely define the moment that Drew McIntyre became WWE‘s centerpiece superstar, this is that very video.

According to Paul Heyman, the difference between Brock Lesnar and Drew McIntyre is that the WWE Champion got where he is through an extended campaign of merciless destruction (salute to Ricochet’s gritty but futile campaign for the title), while McIntyre owes his success to an ability to capitalize on single moments of vulnerability. McIntyre didn’t seem to mind, leaning into the strategy during a show-opening confrontation weeks in the making.

After going face-to-face with Lesnar, McIntyre dropped the champion with a Claymore when The Beast attempted to charge him, emphatically poking a hole in Heyman’s slander of the challenger as a “hyped-up fraud.” As if to prove that precision is the name of the game, McIntyre dropped Brock with a second Claymore on the ramp (plus a third at the crowd’s request), signifying a new narrative as WrestleMania approaches. The WWE Title bout is not quite unstoppable force vs. immovable object, but a game of inches, with McIntyre showing more than enough skill to thread the needle.