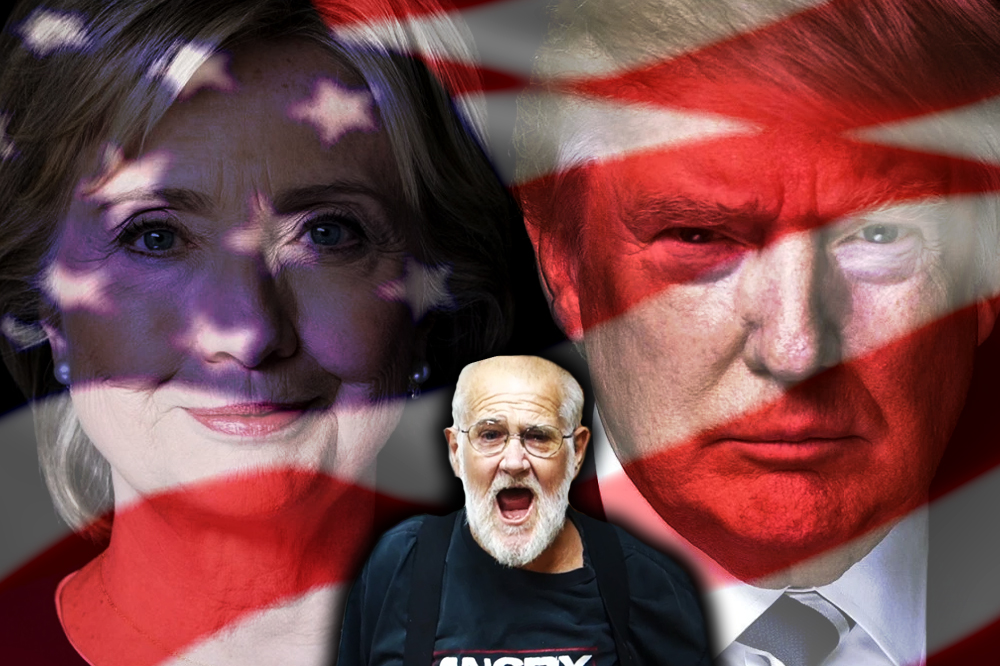 Monday, September 26, 2016 — As the world holds its breath for tonight’s Hillary Clinton vs Donald Trump Presidential Debate, a hidden camera has captured The Angry Grandpa‘s preview of tonight’s historic one-on-one confrontation. THE HEYMAN HUSTLE has EXCLUSIVELY obtained this controversial live-to-tape video, which will go live across the world in less than 30 minutes, but is available to our Hustlers NOW!

We’re HustleTweeting about The Angry Grandpa, and you’re more than welcome to join the conversation by following the Hustle on Twitter HERE or by hitting LIKE on our hyper-interactive Facebook page HERE!