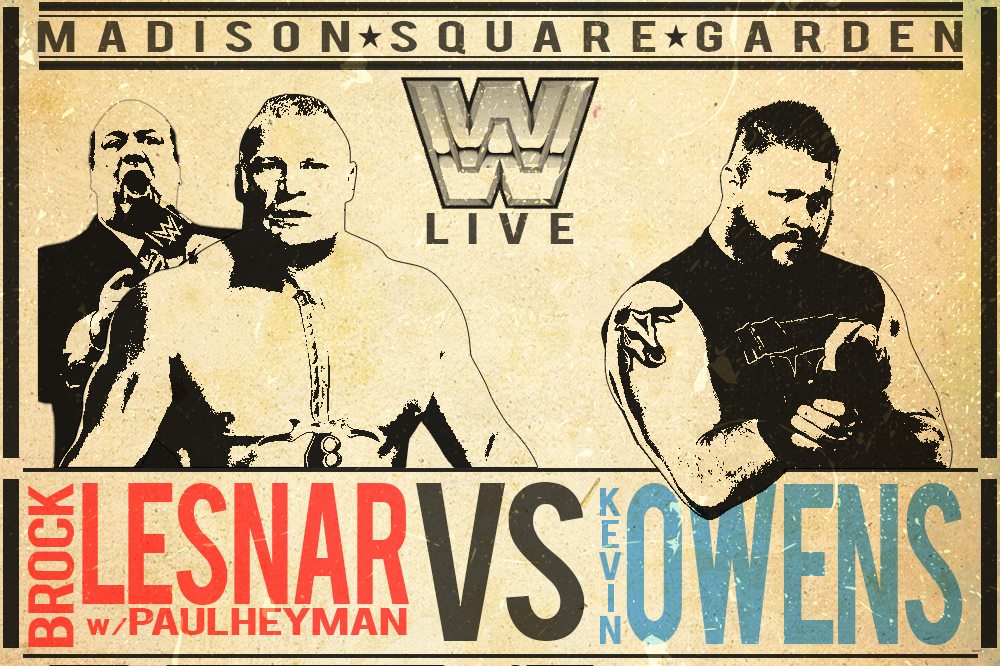 The Beast Incarnate Brock Lesnar made a rare live event appearance at The World’s Most Famous Arena Madison Square Garden and continued his path of dominance on the way to his match against Goldberg for the Universal Championship at WrestleMania on April 2nd.

With our boss (his advocate) Paul Heyman in tow, Brock took Kevin Owens to Suplex City and defeated him with an F5, but not before Owens demonstrated he also showed up for this special RAW attraction at the Smackdown live event ready and willing to fight.

Of course, we’re HustleTweeting about Brock Lesnar vs Kevin Owens, and you’re more than welcome to join the conversation by following the Hustle Twitter HERE and also liking our hyper-interactive Facebook page HERE!