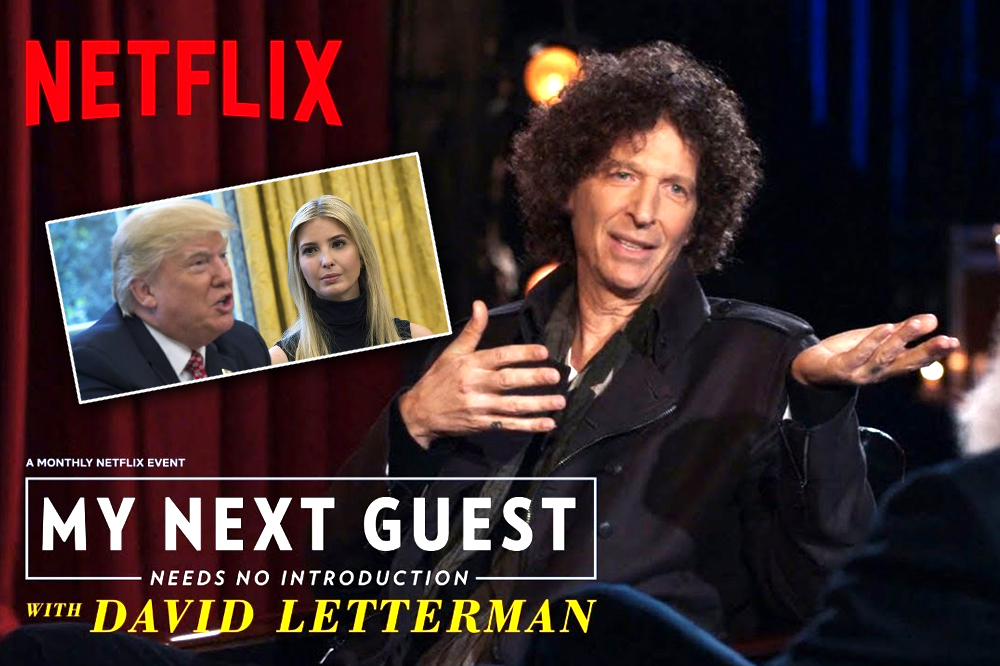 Netflix has released a clip from the David Letterman series “My Guest Needs No Introduction” … and it’s a real gem, as Howard Stern remembers a conversation with Donald Trump from a few years ago.

The full episode will debut on the streaming service May 31.

“To me, a guest who comes on and says anything that is on his mind is a great guest,” Stern says in the just-released clip. During Stern’s three-plus decades on syndicated and satellite radio, Trump has been a guest dozens of times. “He would get on, and no matter what I asked him, he would answer in a very sincere and thought-out way.”

On one occasion, Stern said, he asked Trump for his personal list of the “great beauties” in the world.

With a straight face, Stern said, Trump replied, “First of all, the great beauties are not actresses. … Anyone who works in the entertainment industry, really, I’ve only seen 6s and 7s.” Stern came back with his opinion that Angelina Jolie should be at the top of any such list. “Seven,” Trump scoffed. “Really, why?” Stern responded. “You know who’s a great beauty? My daughter, Ivanka. Now she’s a 10!”

Along with Trump, the two discuss Stern’s childhood, the effect their entertainment careers have had on their personal lives, and Letterman’s beard. During the run of the long-form interview series, which launched in January, Letterman has had sit-downs with guests including George Clooney, Jay–Z, Tina Fey and Barack Obama.

We’re HustleTweeting about Howard Stern and David Letterman, and you’re more than welcome to join the conversation on the Hustle Twitter HERE and also on our hyper-interactive Facebook page HERE!