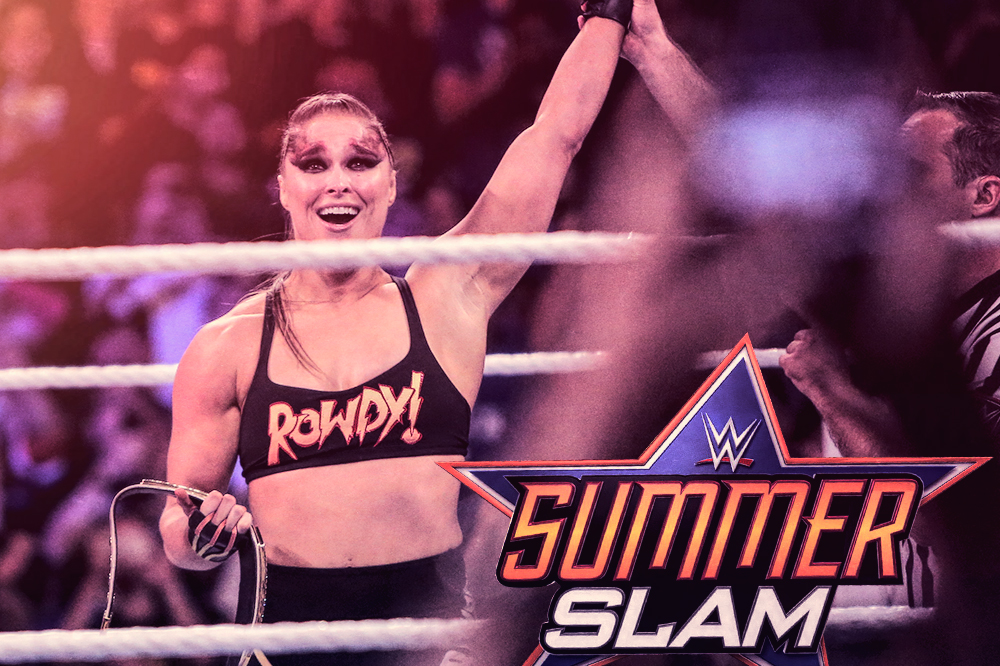 Rowdy Ronda Rousey made history at WWE SummerSlam, which took place earlier this evening at the Barclays Center in Brooklyn, New York, when she tapped out Alexa Bliss with an arm bar, becoming the Raw Women’s Champion and the first woman in history to hold championships in both UFC and WWE.

The Heyman Hustle‘s very own Bruno Silveira was on hand to provide EXCLUSIVE coverage of this historic moment, and you’re more than welcome to join the conversation about SummerSlam with our HustleTweeters by following the Hustle on Twitter HERE or by hitting LIKE on our hyper-interactive Facebook page HERE!