Is Conan Pulling Back Late Night? 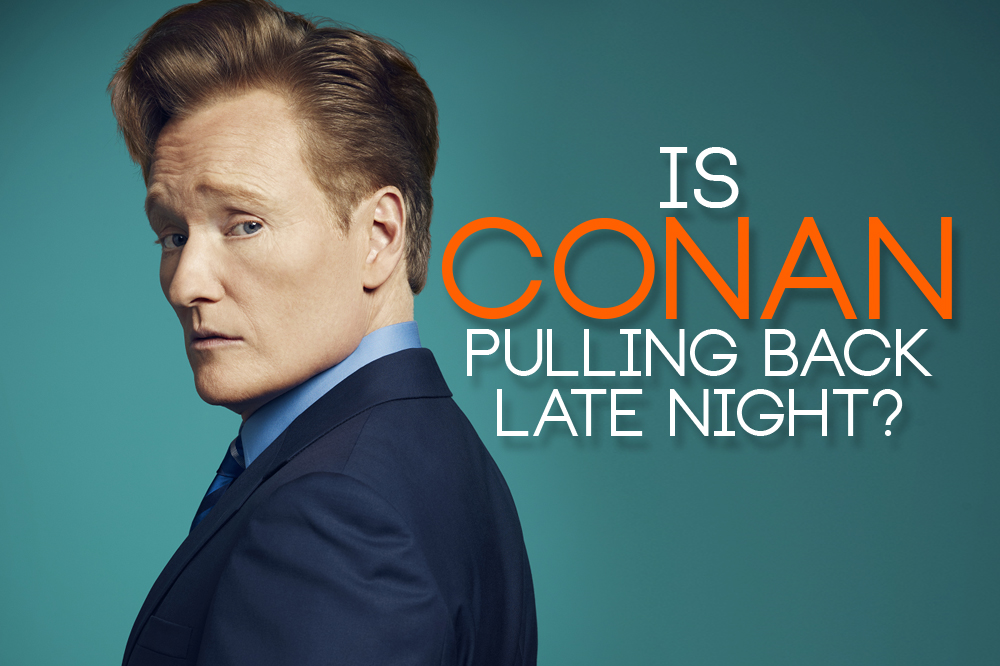 In an exclusive story posted by Tony Maglio at The Wrap, Conan O’Brien‘s late night show at TBS is about to undergo some radical changes. According to the scoopmeister’s report, TBS is planning to retool late-night talk show “Conan” to a weekly format instead of a nightly one, Turner CEO John Martin told TheWrap. It’s not immediately clear when this will occur. The chairman spoke to TheWrap at the Consumer Electronics Show in Las Vegas on Wednesday night and explained that the show has worked best with O’Brien on the road. The comic and “Late Night” alum has recently taken his show to Cuba, Berlin and South Korea, among other locations. Those trips have proved a boon both creatively and in TV ratings.

On Thursday afternoon, TBS boss Kevin Reilly walked that plan back a bit: “Conan remains an invaluable franchise, partner and producer for our TBS brand and we’ll be in business with him for a long time. As the media landscape continues to evolve, Conan will continue to lead the evolution of what a talk show will be in the digital age,” he said. “At this time, we have no plans to change the format or frequency of his popular TBS show. In addition to Conan’s daily responsibilities to his talk show, we continue to have very ambitious plans that will further broaden and evolve our relationship with Conan.”

The digital age has truly taken over.

We’re HustleTweeting about Conan, and you’re more than welcome to join the conversation on the Hustle Twitter HERE and also on our hyper-interactive Facebook page HERE!