IT'S THE "FEELING UCEY" EDITION OF WWE SMACKDOWN 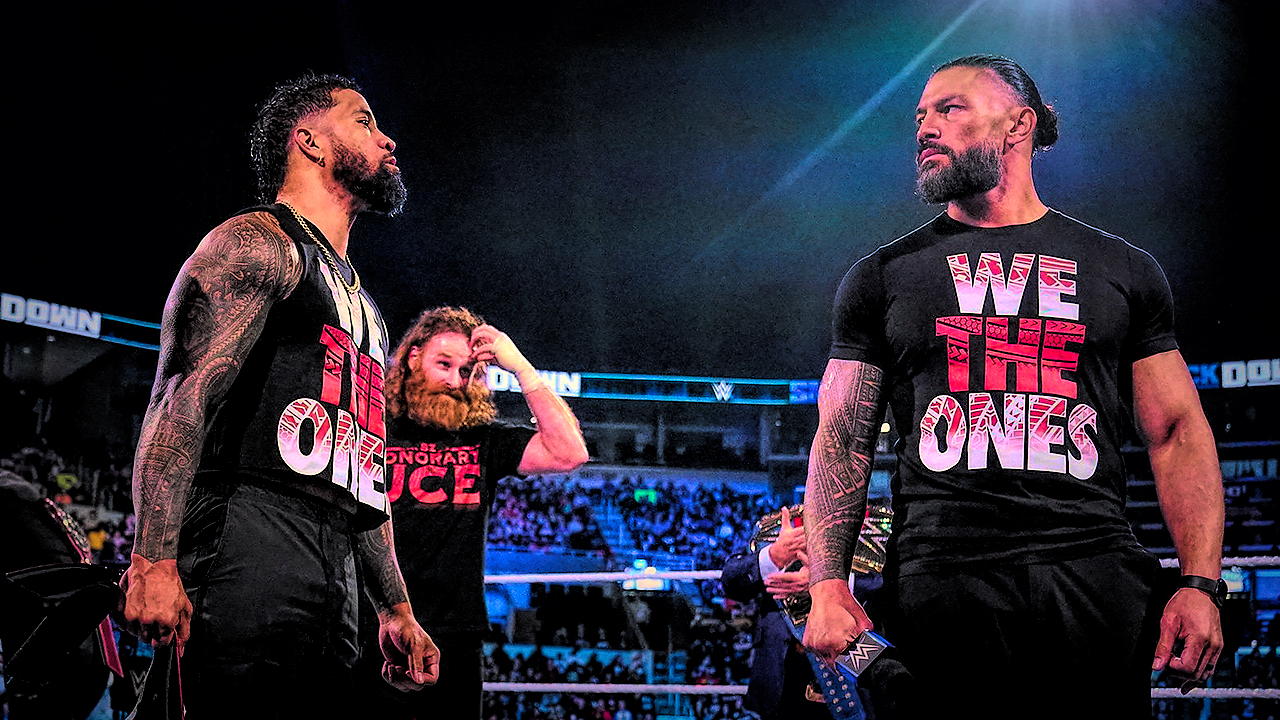 It was just one of those moments.

One of those moments that we will all look back on, even years from now, and just marvel at how great that particular moment truly was.

WWE Undisputed Universal Heavyweight Champion Roman Reigns is more than two years into a title reign that is not only the longest of the past 35+ years, but it is an epic championship run the likes of which few (if any) have ever seen. His #SpecialCounsel, our boss, Paul Heyman has solidified his status as the undisputed #GOAT, having led Brock Lesnar to record-breaking title reigns, only to break those very records with Roman. The Usos, the Undisputed Tag Team Champions, are in the midst of the longest reigning Smackdown Tag Team Championship tenure in history, and are closing in on New Day‘s record for longest consecutive title reign in history. There’s Solo, the enforcer, whose talent showcase has just scratched the surface. And of course, there’s the Honorary Uce Sami Zayn, who has added an element of entertainment and dissension within the Bloodline, perhaps the single most dominant faction ever in sports entertainment.

So when the dissension reached a point on WWE Smackdown that The Tribal Chief had to address it, we all witnessed a moment we never thought we’d see.

And it was freakin’ epic!