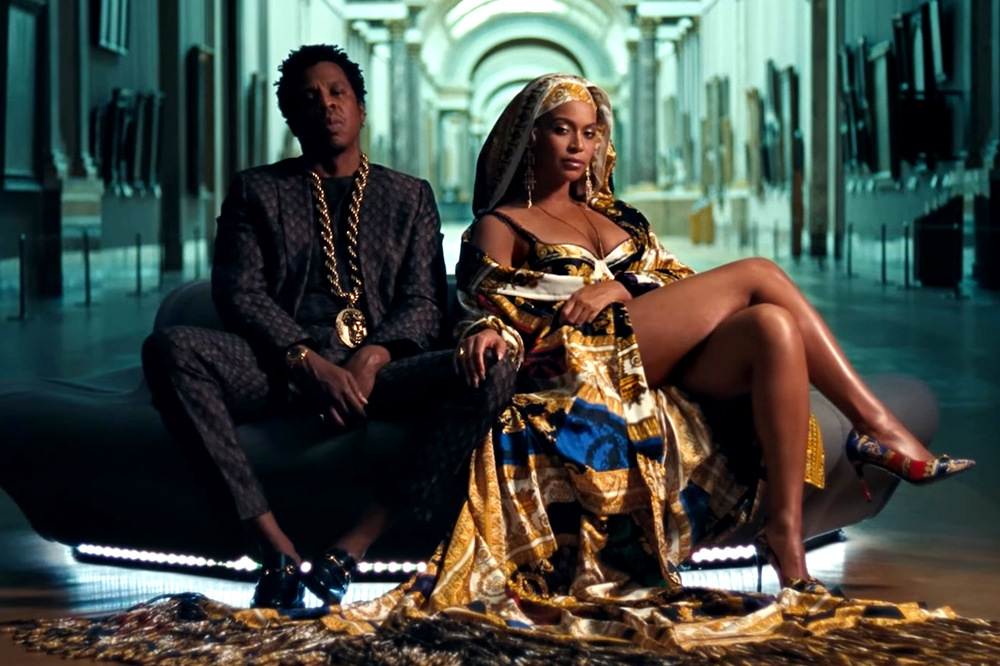 JAY-Z and Beyoncé shocked the music world over the weekend, releasing a brand new album together as The Carters entitled Everything Is Love on Saturday (June 16). The album came out on Tidal. Beyoncé tweeted that Tidal is also exclusively streaming bonus track Salud.

Along with the full LP, the couple released a video for Apeshit, the second track on Everything Is Love. The Apeshit video, directed by Ricky Saiz, was shot at the Louvre in Paris in May.

Apeshit features writing credits by Offset, Pharrell and Quavo. Pharrell assisted with production, while Offset and Quavo are named as additional vocalists.

Pharrell also has writing, production and vocal credits on the song Nice.

Among other album credit highlights, Ty Dolla $ign contributed to writing and vocals on Boss, and the album’s closing track, Lovehappy lists TV on the Radio‘s David Andrew Sitek as one of its writers and producers.

We’re HustleTweeting about Everything Is Love, and you’re more than welcome to join the conversation on the Hustle Twitter HERE and also on our hyper-interactive Facebook page HERE!